A sixth Lombardi Trophy would further cement the legacy of the New England Patriots, and specifically Bill Belichick and Tom Brady, but the upstart Los Angeles Rams are chasing history of their own in Super Bowl LIII on Monday. 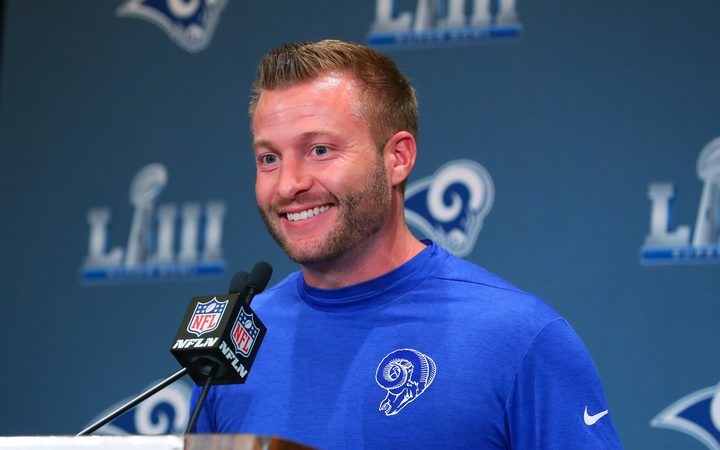 The Patriots are 5-3 in the Super Bowl, riding their historic coach-QB pairing to unmatched success.

"I think because of that experience, when those guys are so great at what they do and then they have that inventory that they have to draw on is so broad because of that experience," Rams head coach Sean McVay said. "Tom has seen so many different things and he's been able to adjust. He's got such a great feel for understanding how to manipulate, move coverage, handle certain situations where he might have to redirect a protection or throw quick-element throws if he is hot. Then, the same thing with coach Belichick. I can't imagine that there's really a scheme that he hasn't seen or hasn't had to defend, because really, all the stuff that we're running is some form of another play that we had already seen."

Belichick said this week the Patriots always want to take away the run first, which prompted a Gurley smile and sharp retort.

"Nobody can take away both," Gurley said. "You have to pick and choose what to stop."

Brady has been unstoppable in the Super Bowl. While he's breaking his own record -- set last year in Super Bowl LII -- as the oldest quarterback to start a Super Bowl, Brady also has 18 touchdown passes in eight appearances and threw for 505 yards in the loss to the Philadelphia Eagles. That broke his record from the win in the previously Super Bowl -- 466 yards against the Atlanta Falcons. 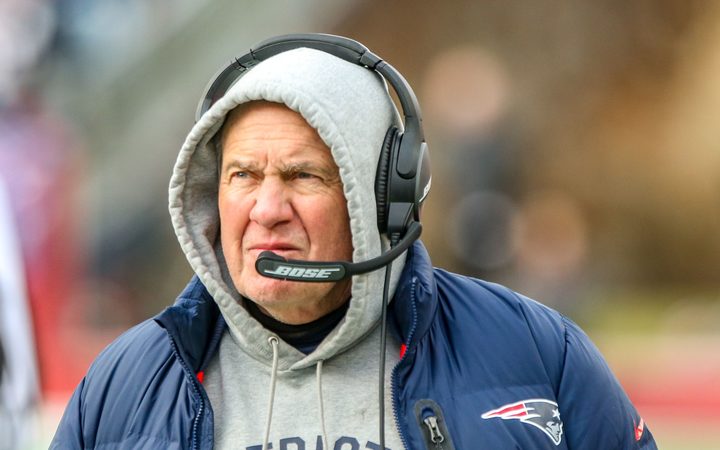 "Experience is great. But none of us have played in Super Bowl 53," Suh said.

Suh has seen plenty of Brady from his years in the AFC East with the Miami Dolphins. And defensive coordinator Wade Phillips has also drawn Brady plenty in the postseason, and lived to tell about it. Phillips' defenses have seven sacks and five interceptions against Brady in those games.

But former Brady teammate Aqib Talib isn't banking on history to slow Brady. He backed Phillips' comment that great quarterbacks aren't fooled, they have to be outplayed.

"We have to play big, fast and physical," Talib said. "They have a Hall of Fame quarterback."

Defensive tackle Aaron Donald, the expected Defensive Player of the Year for the second straight season, said the Patriots can't be stopped if the Rams don't prioritize slowing down a running game that has been explosive and dominant in the playoffs. New England was third in the NFL (131.6 per game) in rushing.

One of the challenges with getting to Brady is his rapid release. NFL Next Gen stats show Brady had the quickest release in the NFL, letting it fly in an average of 2.6 seconds. By comparison, Goff had one of the slowest releases in the league.

"We know this: we have to stop the run first, then we have to get to Brady, make him uncomfortable," said Donald, who recorded a league-high 20.5 sacks in the regular season.

Belichick sounds like a coach who expects the game to be a shootout. The aspect of the Rams' offense that stood out to him in film study was they turn mistakes into touchdowns.

The Rams scored 527 points, including five touchdowns on returns, and run their offense at a fastbreak pace. McVay's troops snapped the ball within three seconds of breaking the huddle on 123 snaps this season.

"Screw up one play, it will end up in the end zone," Belichick said.

Goff will need to be precise with the ball against New England's man coverage. No team had tighter coverage this season -- the Patriots allowed an average of 3.0 yards of separation per route run -- and All-Pro cornerback Stephon Gilmore was one of the top cover men in the league in 2018. Quarterbacks targeting Gilmore had a 56.3 passer rating and a completion percentage of 42. He defended a career-high 20 passes.

"He doesn't even let guys catch the ball in walkthroughs. That's kind of his mindset and his demeanor," Patriots cornerback Jason McCourty said.

The Patriots have appeared in the Super Bowl 10 times entering Sunday's game.