You just want Zac Guildford to be healthy and happy. 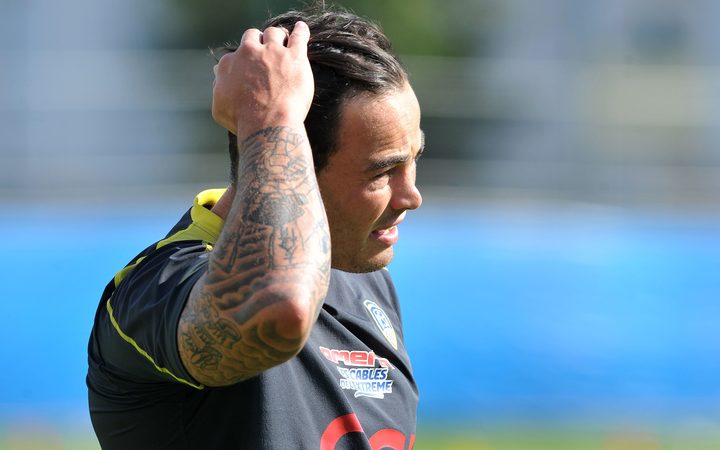 News that the 29-year-old wing had parted company with French rugby club Nevers was more concerning than shocking.

The Rugby World Cup-winning All Black announced on social media this week that he was leaving the Pro D2 club with immediate effect.

"It's not the way I wanted things to be but I'd like to thank everyone in Nevers for the support and opportunity especially the president. So grateful for the understanding of the club that I need to be with my family at this time,'' Guildford wrote.

"Before any second-hand rumours come out there were no incidents I just have to do this for myself and my family to better my future. Much love to all.''

Nevers was the eighth side Guildford has had a stint with in recent years. Alcohol and gambling issues, along with personal tragedy, have contributed to a highly-promising career never reaching the heights it might have.

The saddest part is that it's all played out in public.

Guildford rose to prominence at Napier Boys' High School, progressing to the New Zealand Schools, under-19 and under-20 sides. It was while winning the under-20 world title that Guildford's father Robert collapsed and died in the stands.

Guildford has since described the moment, and aftermath, as "catastrophic.''

Whether rugby is part of the future Guildford now talks about isn't important. What matters is that he and his family are well.

Those who know him say Guildford is a terrific bloke. Unfortunately the person many of the public immediately think of is the one involved in an ugly, drunken incident in Rarotonga eight years ago.

They think of the guy who talks proudly of never being happier or more settled and then suddenly parts ways with another team in unspecified circumstances.

Those who don't care for rugby, or it's exalted status in this country, often seize upon incidents of poor player behaviour. It's a chance to tut-tut about binge drinking and alcohol sponsorship and the perils of putting young men up on pedestals.

Cue debates about whether society goes soft on rugby players, applying different standards and excusing various excesses in the name of on-field success. The implication is that, if you're a big enough star, you'll be excused for virtually everything.

Sure, there might be an undisclosed fine and the need for a statement of contrition - in the extreme cases - but no lasting consequences.

All of which assumes the player is inhuman.

As for consequences - you don't think Guildford's faced a few?

Never mind the torn up contracts or the thwarted dreams. Just imagine being the boy who came off the field in Tokyo, after winning that junior world title, to be greeted by news of his father's death.

Imagine the depths Guildford has been to over the years. The times when he's woken up to see the damage he's done to himself and people who believed in him. The trusts and the hearts he's broken.

People love a story about a star who's done wrong. They lap up news about a potential scandal or fall from grace.

If you're a serial offender, such as Guildford, you almost become a figure of fun.

Only athletes are just the same as the rest of us. They have problems and fears and secrets. They make mistakes.

Zac Guildford has made a few and continues to pay for them.

Thankfully he's 29 and with the best, most satisfying and important years of his life ahead of him.

He'll always be a name, always be the boy who could've been an all-time great and wasn't. But he's also someone who deserves our sympathy and understanding.

You wish him luck.