Ben Barba's NRL career appears over after being sacked by North Queensland before playing a single game for the club. 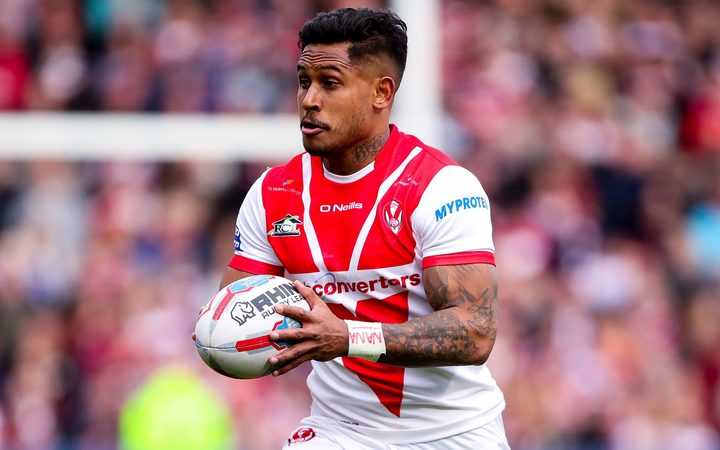 The Cowboys late on Friday confirmed Barba's contract had been terminated for a "significant" though unspecified breach of his playing contract.

The 29-year-old was involved in an incident at a Townsville casino, according to a report on Nine news aired on Friday evening and later the Sydney Morning Herald reported Barba had allegedly assaulted his partner, Ainslie Currie.

Barba and Currie have a history of alleged domestic disputes - Currie denied rumours Barba had assaulted her in 2013 after photographs depicting her facial injuries were published.

The Cowboys informed the NRL of the contract breach on Friday, and promptly tore up Barba's contract before the end of the day.

"When a player joins the North Queensland Cowboys he agrees to abide by the terms of the contract," said Cowboys chairman Laurence Lancini, via a statement.

"After an internal investigation, it has been determined that this player has acted in contradiction to both the terms and the spirit of that agreement."

The development comes on the same day league legend Laurie Daley backed Barba to make the most of his lifeline after his Indigenous All Stars selection.

He was meant to mark his return in the All Stars game in two weeks, however the career of the former Dally M medallist looks dead in the water.

Barely a month after helping Cronulla to their maiden premiership in 2016, Barba left the NRL in disgrace after being suspended for testing positive to cocaine.

But, after failing in a rugby union stint in France, he found a new lease of life in the Super League, where the claimed the Man of Steel award as league MVP.

And his reformation looked to have resulted in an anticipated return in the NRL, only to again find himself in trouble without playing a single minute.

"He's played well over there in the English Super League and, by all reports, he's training the house down up there in North Queensland," Daley said.

"It's a big game for a lot of people and also Benny because he can come back and put the stuff that happened to him behind him and pull on the shirt and represent his family and his culture.

"And show that if you do make a mistake, there's always a chance to bounce back."