U.S. ski great Lindsey Vonn has announced she will retire after this month's Alpine world championships in Sweden because her hurting body was "broken beyond repair" and screaming at her to stop. 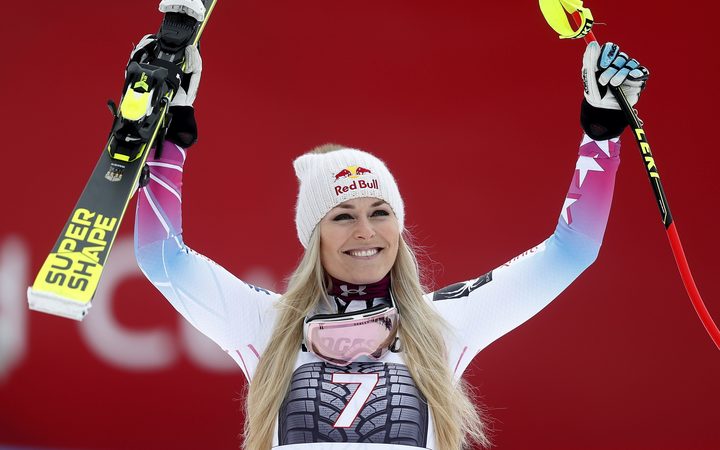 Lindsey Vonn is widely regarded as the greatest female race skier of all time. Photo: Photosport

"I have accepted that I cannot continue ski racing. I will compete at the World Championships in downhill and SG (super-G) next week in Are, Sweden, and they will be the final races of my career," she said on Instagram.

Considered the greatest female skier, with a record 82 World Cup wins, Vonn had suggested last year that she might continue beyond this season so that she could race again in the Canadian resort of Lake Louise, where she has been a frequent winner.

The 34-year-old former Olympic downhill champion has been plagued by knee injuries, however, and she said in a tearful interview with Austrian state broadcaster ORF last month that she might have to quit immediately.

In the lengthy post on Instagram, Vonn said the past two weeks had been emotional and that the decision was the hardest of her life.

"I have always pushed the limits of ski racing and it has allowed me to have amazing success but also dramatic crashes," she said.

"I have never wanted the storyline of my career to be about injuries and because of that I decided not to tell anyone that I underwent surgery this past spring. A large portion of cartilage that had delaminated from my bone was removed.

"My crash in Lake Louise last year (2017) was much more painful than I let on, but I continued to race because I wanted to win a medal in the (2018 Pyeongchang) Olympics for my late grandfather."

Vonn said she had felt better than for a long time after recovering but another crash in December injured her left knee, causing three fractures that needed intensive therapy.

"I am not able make the turns necessary to compete the way I know I can. My body is broken beyond repair and it isn't letting me have the final season I dreamed of. My body is screaming at me to STOP and it's time for me to listen," she said.

Vonn said she was more upset about not achieving goals than retirement itself, but would look back with pride on what she had done.

"I can look back at 82 World Cup wins, 20 World Cup titles, three Olympic medals, seven World Championship medals and say that I have accomplished something that no other woman in history has ever done," she said.