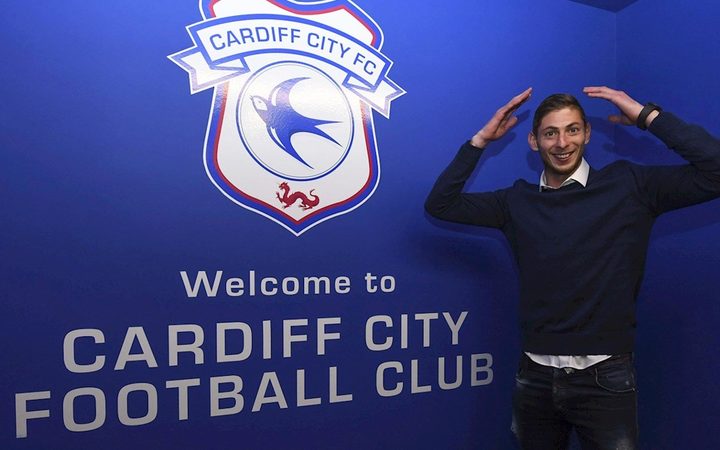 The 28-year-old Argentina-born forward had been en route from Nantes in western France with pilot David Ibbotson to make his debut for Cardiff City when the plane disappeared over the English Channel.

Britain's Air Accidents Investigation Branch said on Wednesday part of a seat cushion had been found on a beach near Surtainville on the northern French coast.

A second cushion was found in the same area later that same day.

"From a preliminary examination, we have concluded that it is likely that the cushions are from the missing aircraft," the AAIB said in a statement.

Due to weather conditions, the search would start at the end of this weekend and take up to three days.

"Based on a detailed assessment of the flight path and last known radar position, we have now identified a priority search area of approximately four square nautical miles," they said.