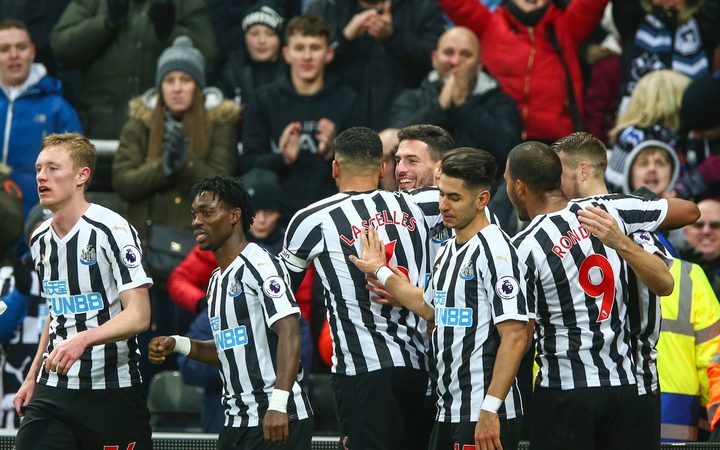 City were far from their rampant best but a goal after 24 seconds from Sergio Aguero had looked set to ease them on their way to a victory that would have put them within a point of leaders Liverpool.

Instead, Newcastle, struggling just above the relegation zone, hit back in the most unlikely fashion after halftime, with a goal from Salomon Rondon and an 80th minute penalty by Matt Ritchie.

It meant an end to the fantastic start to the New Year for Pep Guardiola's champions, who had looked ready to win their eighth straight match in 2019 once Aguero had scored the quickest goal of the season in any Premier League match.

Liverpool host Leicester City tomorrow, with the prospect of moving seven points clear of City if they win.

Ole Gunnar Solskjaer's winning start as Manchester United's caretaker manager ended with a 2-2 draw at home to Burnley, but his side avoided defeat in spirited fashion with two late goals.

Goals from Ashley Barnes and All White striker Chris Wood had given Burnley a 2-0 lead before a late rally from United with a penalty from Paul Pogba in the 87th minute and a stoppage-time goal from Victor Lindelof saved their blushes.

Solskjaer had won his opening six Premier League games after replacing Jose Mourinho in December and the result means United missed out on a chance to go level on points with fourth-placed Chelsea.

Burnley are now unbeaten in five and move up to 15th.

The match began in sombre fashion with tributes being made to Cardiff City's Argentine striker Emiliano Sala who has been missing since a plane carrying him to Britain from Nantes last Monday disappeared over the English Channel.

It was Cardiff's first game since Argentine striker Sala, who had not played for the club since joining from Nantes, went missing.