Yunus Patel's confidence his son Ajaz would eventually fulfill his dream of playing cricket for New Zealand was more than just the blind faith of a father. 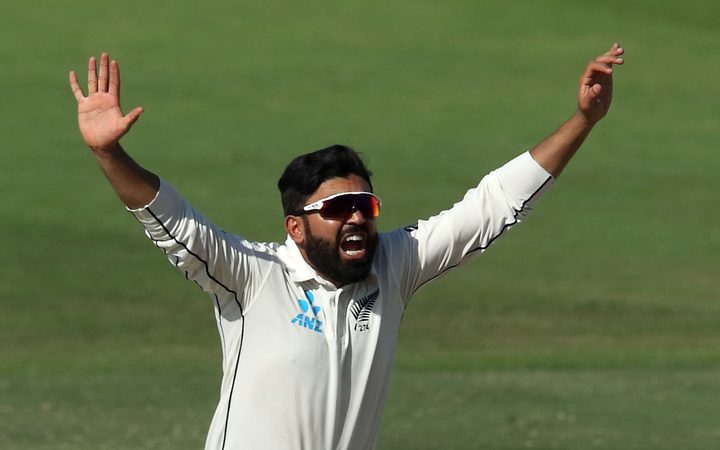 He'd seen the dedication and perseverance for years. Heard it, too.

"Ajaz said to me 'dad, one day I can play for the national team'," Yunus Patel recalled, still struggling two days later to describe the emotions of watching his son bowl the Black Caps to a dramatic victory on test debut.

"He is a hard working boy, mentally and physically and I've seen in the last three or four years he was doing very well. I [follow] every game he plays in domestic cricket on the internet, all the wickets and how he performs.

"I was confident one day he would make it to the national team," he said

Simply "making" the New Zealand side, though, was seemingly only part of Ajaz Patel's grand plan.

When day four of the first Test resumed in Abu Dhabi on Monday, Pakistan required just 139 more runs for victory and had all 10 wickets in-tact.

Just a handful of hours later, Patel had become just the ninth player to take five wickets in an innings in their first Test for New Zealand, spinning his country to test cricket's first ever four-run win. 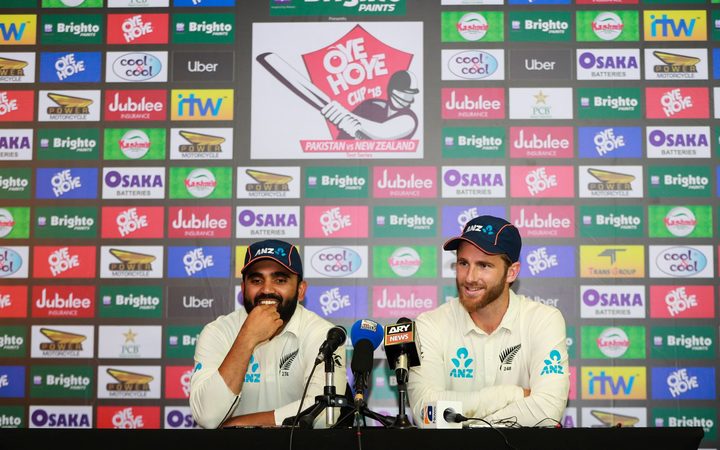 The calm and methodical manner in which the 30-year-old went about it is testament to the years he had spent fighting in domestic and provincial cricket to wear the silver fern.

However, as he took the final wicket, things weren't so calm at the Patel family home back in Auckland.

"When Ajaz took the wicket, everyone was screaming and very noisy and jumping around, I couldn't believe it in the moment," Yunus Patel said.

"I can't explain the reaction from our hearts. We were very proud and very, very happy. The whole night, the whole family, we never slept."

Matched by the Black Caps players themselves, the family's jubilation at the winning moment was caught on camera by one of Ajaz's two younger sisters.

Patel said watching the video was "a very special and emotional experience", given the effort and sacrifice made by those closest to him during his road to the top.

Not least his parents' decision to move the family from Mumbai, India halfway around the world to New Zealand 22 years ago, when Ajaz was just eight-years-old.

They haven't been the only ones to play a key role in his dream becoming a reality, with Ajaz quick to credit the many coaches he has had.

But when it comes to the stunning transformation which finally propelled him onto the international stage, the standout figure is Dipak Patel.

The former New Zealand off-spinner was coaching the Auckland under-19 side when, having missed out on New Zealand selection after the annual national tournament, the then fast bowler Ajaz decided it was time for a change.

"I take my hat off to him," Dipak Patel said, perhaps mindful Ajaz had never bowled spin in a competitive match when his 21st birthday rolled around.

"He took the initiative to come and see me about converting to spin, and from the very first moment I saw him bowl spin I could tell he was a natural.

"He's got that ability to spin the ball and from there on it's all about the art. It's about learning and it takes a long time.

"He's had a very hard road to the top and deserves everything he's got. He's put in the hard work in and got the results. He's earned his place in the (Black Caps) set-up through performances, not potential."

It's a sentiment impossible to argue with.

Not only has Ajaz had to toil to perfect a craft he never knew until his late teens, the presence of two established tweakers in the Auckland team led in 2012 to a move to Napier.

Despite struggling at times being away from family in Auckland, by the end of that same year he had made his first-class debut for Central Districts. 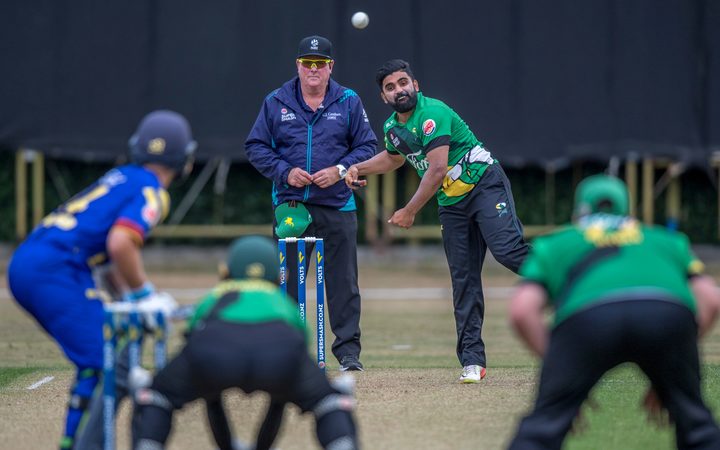 Ajaz Patel in action for the Central Stags. Photo: Photosport

The almost six years since, highlighted by his topping of the wicket-taking charts in the Plunket Shield four-day competition for each of the past three seasons, have been all about two things.

Persistence and, for a dedicated Muslim whose morning routine of a 5.30am wake-up call to pray has not been interrupted by his promotion to the Black Caps, a fair bit of faith.

"It can be difficult, but my philosophy is a bit different," Ajaz said.

"I tend to keep my head down and try to put the results on the board and eventually someone has to recognise that.

"I always believed that at some point in my career I would play for New Zealand. It was a dream I wasn't quite ready to side-line, so I never really lost hope."

After his match-winning debut performance in the first test against Pakistan, Black Caps fans will be delighted he didn't.

For Yunus Patel and his family back in Auckland, the start of the second test in Dubai on Saturday night (NZ time) can hardly come soon enough.

"Believe me I don't think I have any words for how I feel, and my wife and our daughters.

"The last two or three days have been a great experience."