Mal Meninga has set his sights on re-igniting the famed Kangaroos tour of Great Britain as he waits on the some finality on the international calendar. 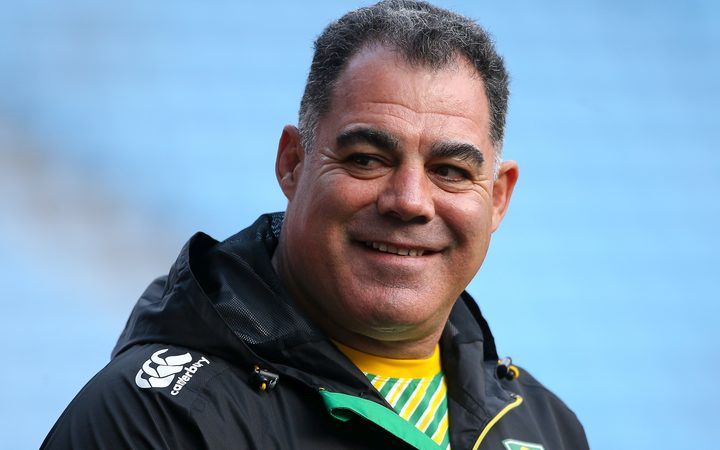 Australia avoided being the first Kangaroos team to lose back-to-back rugby league Tests in the same year in 40 years by holding off a determined Tonga side 34-16 on Saturday.

It ensured Meninga's side left New Zealand with at least one win from their two- Test tour after being upset by the Kiwis last week.

"We got to experience what Test match footy is all about," Meninga said.

It was the first trip the Kangaroos had without veteran trio Cameron Smith, Billy Slater and Cooper Cronk following their representative retirements this year.

"I think we learnt plenty out of this. From my perspective, I believe we picked the right players for these last couple of games," Meninga said.

"And we can only get better. There's some improvement in the footy team, which is pretty exciting I reckon." 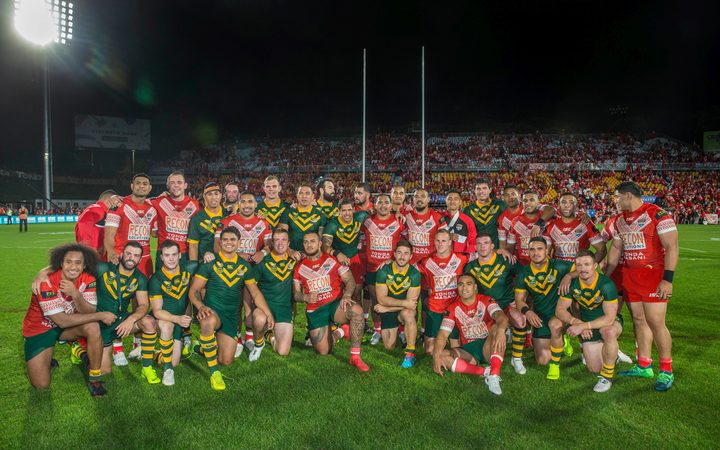 Australian and Tongan players get together for a photo after the Tonga-Australia rugby league Test, Auckland 2018. Photo: PHOTOSPORT

The reigning world champions now turn their attention to a possible tri-series next year, where re-matches against New Zealand and Tonga await.

However Meninga is hoping to take his squad on a tour of Great Britain, despite talk that a British Lions team would travel to the Southern Hemisphere instead.

"We need to go to the Northern Hemisphere, but I'm not quite sure where that is all at. I believe that we need to get back to that old Kangaroos tours," he said.

"I think it's the right time to do that, but I'm not sure what will happen. I know all teams will play more representative games, but in what form I'm not quite sure."

Meninga is likely to have a stronger squad at his disposal, with the likes of injured stars Greg Inglis, Cameron Munster, Matt Gillett and Michael Morgan available.