Opinion - Someone ought to tell the National Party to time their disputes a little better, writes Jamie Wall. 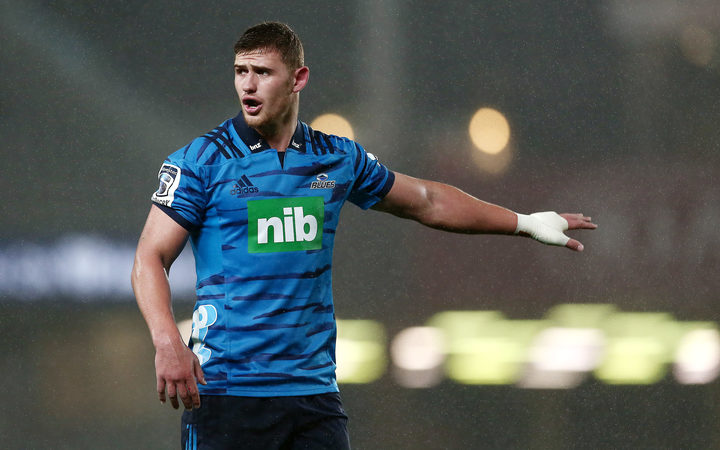 Simon Bridges and Jami-Lee Ross' leaking squabble came at almost the exact moment that the All Black touring side to Japan and Europe was named, which was annoying at best and downright disrespectful to the new All Black players at worst.

The most telling thing about Bridges's competence is that he did that Press Conference at the same time as an All Blacks squad naming.
John Key would never have contemplated that.

No matter, those two can go and continue to self-immolate on their own time now. The All Black squad naming went ahead regardless and threw more than a few talking points in the air - not just about who got in, but who didn't.

There was plenty of talk around the side before it was named anyway, due to the fact that it contains a whopping 51 players in total. To be fair, the actual squad that's playing the big test matches against the Wallabies, England and Ireland is the regular 32-man size. The extra 19 that have been added on are simply there to provide cover for the one-off game against Japan, so some of them presumably won't even play.

ICYMI | The #AllBlacks have named a 32 man squad for the Vista 2018 Northern tour and a wider squad of 19 extra players to face Japan.

Therefore Dalton Papalii is the only new cap in the 'main' squad, and there won't be much argument over his inclusion after a very strong Mitre 10 Cup. However, his Auckland loose-forward partner Akira Ioane is the most notable exclusion at first glance. Not just because he seemed to be destined for a pivotal role in the All Blacks by now, but because it means that Ardie Savea is number eight cover for Kieran Read in the main squad. Luke Whitelock and Gareth Evans are in the tour party for the Japan test interlude, and presumably one of them will be added to for the English, Irish and Italian fixtures as cover.

Spare a thought for Jordan Taufua though. Unveiled back in May as a man who stayed true to his All Black ambitions rather than chasing the overseas dollars, he subsequently broke his arm playing for the Crusaders and was unable to take part in the test series against the French. That's ruled him out for this tour, and if Steve Hansen likes what he sees out of Savea, Whitelock and Evans then Taufua sadly may be destined to be an answer in a pub quiz rather than an All Black.

Vaea Fifita comes in as a straight swap for Shannon Frizell, who has strangely been listed as 'unavailable' rather than injured.

Matt Todd finds himself back in the frame due to Sam Cane's season-ending neck injury in Pretoria, and despite playing the last few months for the Panasonic Wild Knights. It saves NZ Rugby a plane ticket as he's already there, but does set a bit of a precedent they would've been trying to avoid about selecting players based offshore.

It's not the end of the world in that regard, though, given that Todd had already committed himself to coming back and playing for the Crusaders next season.

Taranaki's Reuben O'Neill and Canterbury's Brett Cameron find themselves in that wider squad. While both are highly promising, they can put their selections down to the fact that a big percentage of the next crop of elite players will be with the Māori All Blacks that week in Chicago. They, along with the rest of the All Blacks, can look forward to spending the buildup to the test against Japan doing a ton of promotional work in Tokyo - local organisers will be using that fortnight to squeeze as much exposure out of them as possible for next year's World Cup in Japan.

The rest of the main squad is admittedly pretty predictable, and the wider group does include a well-deserved call up for halfback Bryn Hall and return from the wilderness for last year's sensation Asafo Aumua. Matt Proctor's bad luck with injuries has finally stayed away long enough for him to get included, but it means he - along with Papalii, Aumua, Fifita, Cameron, Tyrel Lomax, George Bridge and Mitch Drummond - may miss the business end of the Mitre 10 Cup. Unlike the rest of the squad, they've all played a huge role in for their provinces in the competition, and it will be interesting to see just how much cotton wool gets wrapped around them.

One thing is a certainty though: by the time they do take the field for the All Blacks, Jami-Lee Ross and Simon Bridges will definitely not be watching that game together over a beer.