Opinion - Here we go again. The international rugby season got its official media opening this morning in Auckland, in the plush surroundings of the Heritage Hotel tea room. 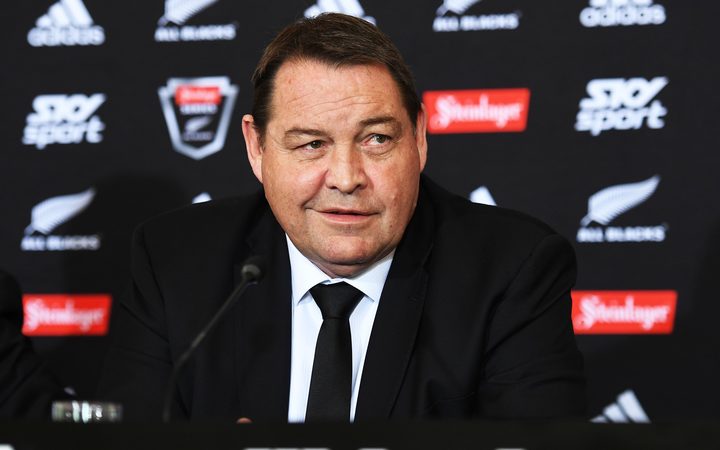 The room had a stunning view of the Auckland harbour bathed in sunshine, and the media were out in force. There was a distinct disparity in the way those of us who aren't supposed to be on camera were dressed, as opposed to the those that are. Sort of like going to a pub and spotting the people who are there for a quiet beer and the ones on Tinder dates.

Introducing the first #AllBlacks squad of 2018...

There was a moment of slight confusion when new cap Jordan Taufua entered the room before the squad had been announced, not least because some of us didn't even recognise him without his trademark headgear. It was a nice little bit of showmanship by the All Blacks, though, given that Taufua had been widely been written off as 'unlucky' and 'too small' by most of the media despite his outstanding 2018 form so far.

In strode the selection staff of Hansen, Foster and Fox. They took their seats on the stage but the chairman of NZ Rugby is the one who reads out the team. It's a tradition that goes back to the days of the dingy function room under the Athletic Park grandstand, and unfortunately Brent Impey's command of te reo Māori pronunciation is about as dated. Opening the address with a vintage Pakeha 'Keeya Oar-a', we all held our breath to see what would happen if Chiefs halfback Te Toiroa Tahuriorangi had been called up for a spot.

To Impey's credit, he'd had some advance warning and probably been told to practice Tahuriorangi's name - but again it was a surprise he was saying it at all. It was another curveball by the selectors, who had brought back the other selected Chiefs players from South Africa early, causing them to miss this morning's loss to the Sharks in Durban. Tahuriorangi will join the squad on Tuesday.

Other surprises included the selection of big Shannon Frizell from the Highlanders, and the stockpiling of five midfielders. Sonny Bill Williams, now the elder statesman of the side, remarked how sore his ribs were after being marked by Jack Goodhue last night. He can joke around, he's been here before plenty of times and knows what the media want to hear.

The other stand up interviews with Goodhue and Taufua were questions about how they found out they'd made the team, with the Crusaders midfielder adding a cute touch about how his mum told him she 'knew he'd make it' when he relayed the news.

His Crusaders team mate Taufua left us waiting while he posed for some official 'plandids' (for those not in the know that's a staged photo of a person which is designed to look candid), pretending to stare out the large, arch-shaped windows in a pose mimicking any number of inspirational Instagram accounts. He was clearly enjoying himself, and spoke confidently about his season so far and why he's chosen to follow the All Black dream rather than cashing up and going overseas.

Both men, along with Codie Taylor, had visible evidence on their faces of a tough NZ conference match-up with the Blues last night.

Everyone fielded questions about what they're expecting from the French team that's coming. Everyone gave the same answers about how highly they rate them, despite the fact that French rugby has been in an absolutely terrible state for the last seven years. But that's to be expected, and the fact that they've drafted in Tahuriorangi and Frizell says more about the way they're going to approach this series than anything they would actually admit.

They, along with the midfield combinations, are part of the future-proofing of this team for next year's World Cup. Even now, a year and a half away on a beautiful Sunday morning in Auckland, but even Steve Hansen admitted that he was 'thinking about it all the time'.

Judging by the amount of interest in the naming of this squad, he's not alone.