Recalled midcourter Gina Crampton says the Silver Ferns are improving all the time, but they'll need to lift another notch against archrivals Australia in today's third Constellation Cup test at Claudelands Arena in Hamilton. 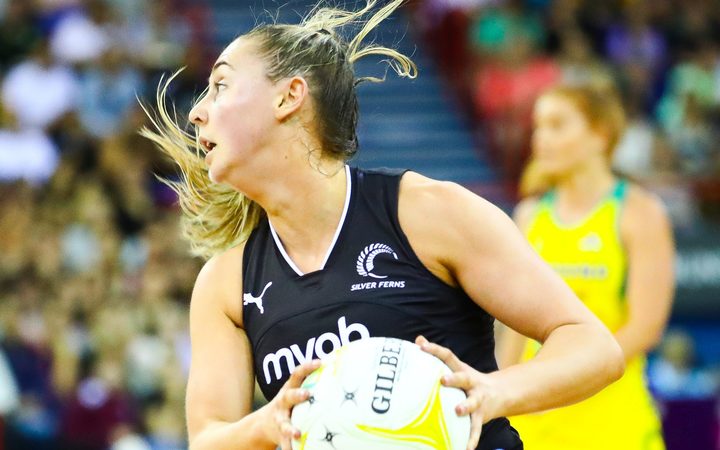 The 26-year-old wing attack missed out on selection for New Zealand's medal-less Commonwealth Games campaign, but has returned under new coach Noeline Taurua and forged a promising combination with evergreen centre Laura Langman.

Nevertheless, the Diamonds have extended their winning streak over New Zealand to eight consecutive games, and are hunting a ninth today.

They looked comfortable in winning first Constellation Cup test 57-42 in Brisbane a week ago, going on to seal a 56-47 win in Townsville three days later.

The New Zealanders put together an improved effort there, trailing by just one goal four minutes into the final quarter before falling off under pressure later in the spell.

Crampton says it was particularly disappointing to wilt in that manner, and it is an area the Silver Ferns will be looking to address.

"I guess we know we can be competitive, but it was those errors in decision-making under pressure, and that's a work-on for until we can get those consistent performances," she said.

Despite Australia's daunting run of victories, Crampton says the belief is still there that the Ferns can win. But she admits they'll need to deliver a more consistent performance across four quarters, and cut back on the errors that have been plaguing the team.

"Consistency is what everyone searches for, that full 60-minute performance. Those errors are really holding us back at the moment - that's the sort of stuff that shouldn't be happening at this level."

Crampton's last stint in the black dress came in last year's Constellation Cup, under Janine Southby, a series won 4-0 by the Australians.

Despite the Diamonds' dominance since then, Crampton is adamant they're beatable, and says the Ferns have worked hard in their limited time under Taurua.

"She's done a really good job in putting the faith back in what we do, and given us new tools for our toolbox.

"The culture seems a lot stronger and a bit more positive.

"The goods are there, and a win will come."