Opinion - What a difference a season makes. 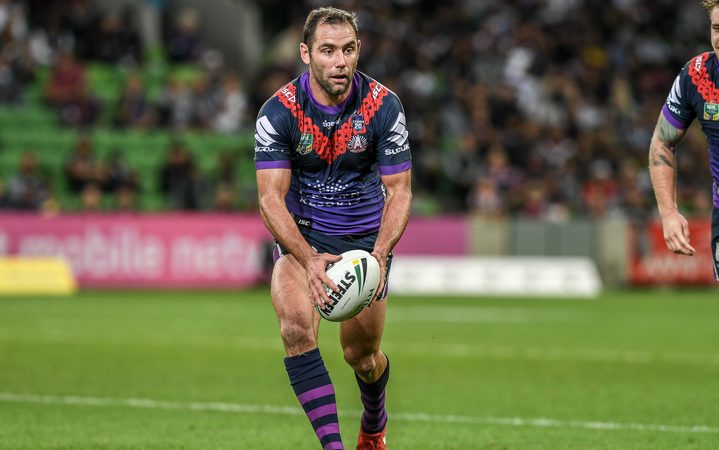 At the start of this one, the general consensus was that Roger Tuivasa-Sheck was about to switch codes and attempt to play for the All Blacks.

Fast forward to Wednesday night and he was getting crowned as the Warriors' first ever recipient of the Dally M award.

So much for rumours. Along with the awards to David Fusitu'a for being the NRL's top try scorer and Jazz Tavaga's for best interchange player, Tuivasa-Sheck's honour provided a very nice post script for the Warriors' season, who surprised pretty much everyone with their run to the playoffs.

But, that's as far as they got. The Grand Final is on Sunday and once again it won't feature the Warriors - rather the Melbourne Storm and Sydney Roosters, two sides that handed the Warriors humiliating defeats in 2018.

Over this side of the ditch it is sometimes easy to forget that there's 15 other teams in the NRL, such is the Warriors' dominance over local media.

However, they cleared the way for the big story of this week: The non-suspension of Billy Slater, which was one of those ones where a massive number of fans were going to be upset no matter what the judiciary did.

It's actually pretty understandable they just washed their hands of it and let him play. It will come back to bite them next season when the first player is suspended for a shoulder charge, and Billy the Kid probably will have to give an opinion on it in his inevitable broadcasting career.

Still though, the two best sides of 2018 have made it through to the big dance at ANZ Stadium. The Roosters and Storm finished the season first and second, and have accounted for seven out of the last eight minor premierships.

The Storm are gunning for their fourth Premiership*, in their twentieth year of existence. The Roosters, who have 90 years' worth more history, are after their fourteenth.

Who should neutral fans support? Neither club is exactly loved outside of its own loyal fan base - the Roosters are based in Sydney's rich eastern suburbs and have long had a reputation as a team that simply buys its way to glory, while the Storm are known for breaching the salary cap and inventing ways to injure their opponents.

Not exactly the sort of bandwagons that are easy to jump on, but both sides have Kiwi representation. Nelson Asofa-Solomona, himself a target of code-switching rumours back to his native Wellington a while back. He teams up with Jesse and Kenny Bromwich in the Storm pack. Winger Suliasi Vunivalu does, admittedly, play his representative football for Fiji, but went to school in Auckland.

The Roosters have Isaac Liu in the second row, and Jared Waerea-Hargreaves coming off the interchange. Fellow second rower Zane Tetevano grew up in Tokoroa, but has represented the Cook Islands.

The only Warriors' connection to either side: Melbourne forward Ryan Hoffman, has been named as a reserve at this stage. As has Roosters half Cooper Cronk, who suffered a shoulder injury in their semi-final win over South Sydney last weekend. While this may be a bit of a smokescreen by Roosters coach Trent Robinson, his absence would rob the final of one of its key storylines.

Cronk left the Storm last year amid talk he had fallen out with Cameron Smith. Both denied this publicly, but Cronk couldn't hide his obvious disdain when the pair went to shake hands at the end the Storm's 9-8 win over the Roosters in round 16.

You can’t tell me that Smith & Cronk haven’t had a massive falling out. Take a look at how Cronk hugs every Storm player & how he and Smith brush each other !
So obvious there’s a problem dating back to December. pic.twitter.com/m8SJFD4HIM

But even without that, there's more than enough spice in this one for the casual observer. It'll be Slater's last game, with the possibility of Smith following him into retirement.

If the Storm win, they will be the first back-to-back champions in 25 years. Dylan Napa, the last man to be at the centre of a shoulder charge controversy, is probably feeling within his rights to unleash another one and leave it up to the refs to figure out.

Whatever happens, it should be a pretty brutal and skilful encounter regardless. It should provide the perfect finale for a season that has had plenty in the way of highlights, scandal and legends leaving the game.

Let's just hope next season the grand final preview will have more about the Warriors in it.

*The Storm have actually won five grand finals, but had the 2007 and 2009 titles stripped for breaching the salary cap.