The Warriors are a step closer to completing their roster make-up for the 2019 National Rugby League after star utility Jazz Tevaga agreed to stay at the Auckland club.

The club's chief executive Cameron George said the 23-year-old Tevaga would sign a two-year extension with the Auckland outfit, having turned down an earlier offer and been the subject of interest from at least three other clubs.

The news caps a big week for Tevaga, who was named interchange player of the year at the Dally M awards. 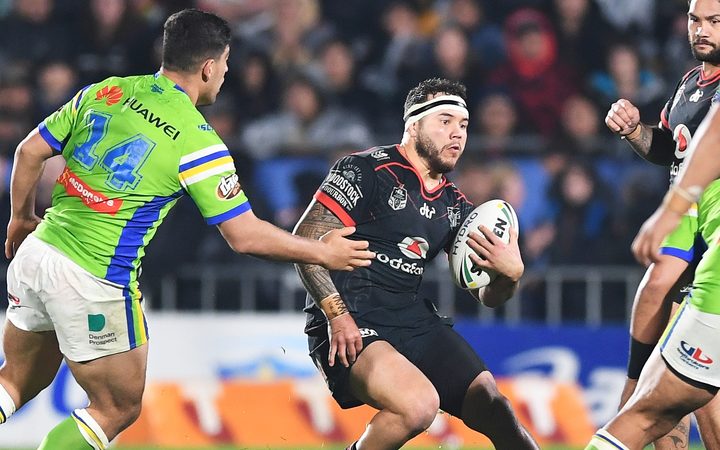 The award acknowledged a breakthrough season for the forward utility, who defied his relatively lightweight 88kg frame to regularly make an impact off the bench.

His work rate, footwork and offloading made him a force against bigger middle forwards in 19 interchange appearances.

It would have been more were it not for a mid-season health scare in which a potentially cancerous growth was removed from his shoulder.

The only significant question mark over their 2019 roster is whether hooker Issac Luke will be retained.

Luke is weighing up a one-year offer, along with an approach from Newcastle, who this week snared the services of Lino.