Opinion - So this week we learned why the All Blacks try their best to never say anything interesting, for their own sake anyway, writes Jamie Wall. 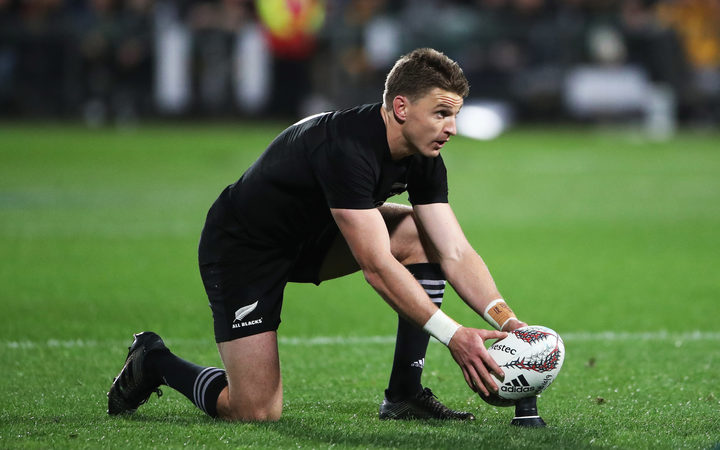 Steve Hansen's quip in the post-Bledisloe Cup test press conference that the team should be getting government assistance certainly sounded like a joke at the time. Most of what he says in press conferences could be some sort of joke anyway.

It passed without too much comment until New Zealand Rugby boss Steve Tew doubled down on the remark and stressed the importance of retaining key talent in New Zealand. But even that can be taken with a grain of salt, because if you don't ask you don't get, right?

Still though, it didn't exactly come off as a very smart thing to say.

The problem is that doesn't make much sense, even to the most ardent rugby fan.

Getting more government funding to pay high-profile All Blacks is a test even they won't be winning - and the use of the word 'more' is because they already get plenty for the men's and women's Sevens programmes by virtue of it being an Olympic sport.

In all, New Zealand Rugby received $4.4 million last year through the government, alongside $104 million from broadcast deals and a further $120 million from sponsorship and gate takings.

While those figures may be a lot less than what the likes of England and France can command, the fact is no test team has benefited more from the professional era than the All Blacks in terms of on field results. They've got considerably better in the modern age, especially in this decade and under the current coaching regime.

And that's all anyone really cares about, at least from NZR's point of view.

A player that symbolises the issue, implied pretty implicitly by Hansen's quote, is Beauden Barrett. He's apparently fielding offers of more than $3 million a year by French clubs, however the chance of him leaving any time before the World Cup is essentially zero.

It was only a few weeks ago that there was conjecture around him even starting in the All Black 10 jersey, anyway. While Barrett has buried that with two commanding displays against the Wallabies, the fact still remains that there are more than adequate replacements for him in Richie Mo'unga and Damian McKenzie.

While the debate around Barrett probably sums up the fickle and provincial nature of rugby fans more than anything, using him as an example did highlight the dangerous paradox that Hansen and Tew were flirting with.

By saying that our best players will leave for more money is admitting that the key things that makes the All Black brand so strong - endless depth and the honour of being able to pull the jersey on - are seemingly secondary to the few star players that NZR want to hang on to.

It would have made a lot more sense (PR-wise, if nothing else) if Hansen and Tew had said that government funding would go a long way to helping struggling rugby clubs, increasing junior and female player numbers, or studying ways of preventing concussions.

Instead, we just got more evidence of New Zealand Rugby's apparent trickle-down economic model that places the All Blacks above anything else.

The irony in all of this, is how the two biggest voices at the organisation are publicly asking Prime Minister Jacinda Ardern for more of a handout, when they had John Key as a permanent fixture in the All Black changing room for eight years.

Plus, the fact that the organisation, which has long been a bastion of conservative New Zealand, can't see that two consecutive World Cups and an 83 percent winning record is pretty good evidence that things are trucking along nicely the way they are. If they really wanted some public sympathy, they should have waited till the All Blacks have a losing season.

But when's that going to happen?