Geraint Thomas has ticked off the final mountain test on the Tour de France and snatched six bonus seconds to extend his lead in yellow as Sky team-mate Chris Froome slipped off the podium two days from Paris. 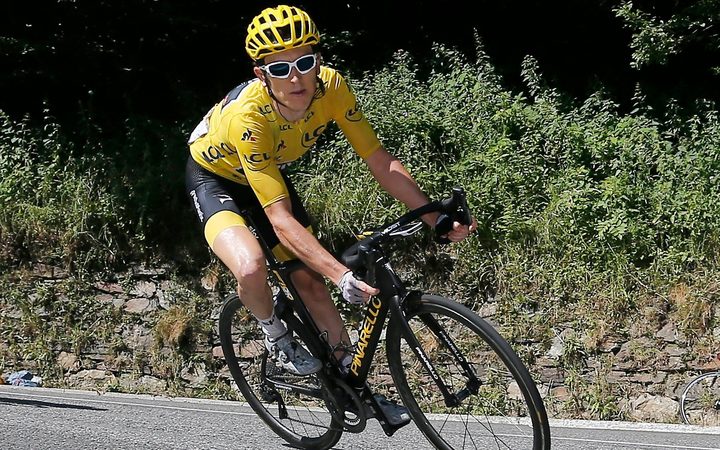 Thomas was second on the stage, nabbing six bonus seconds to extend his lead over closest rival Tom Dumoulin to two minutes and five seconds.

With his own bonus seconds applied, Roglic moved into third place, 13 seconds ahead of Froome who slips to fourth, two minutes and 37 seconds behind Thomas.

Team Sunweb's Dumoulin may be the world time trial champion, but Thomas will be confident of defending his advantage in Saturday's 31km race against the clock which will settle the general classification fight.

This was the stage that worried Team Sky more - a 200.5km test from Lourdes that included over 5000m of climbing and took on the Aspin, Tourmalet and Aubisque.

The race came to life at the foot of the Tourmalet, as Ilnur Zakarin of Katusha- Alpecin attacked and drew out Movistar's Mikel Landa, AG2R La Mondiale's Romain Bardet, and Bora-Hansgrohe's Rafal Majka.

Sky looked unruffled but over the course of the Tourmalet's 17km, at an average gradient of 7.3 per cent, the group pulled more than two minutes clear, and that advantage only grew as they caught the day's breakaway on the descent.

Landa was second on the virtual classification at that point, within 80 seconds of yellow, but their advantage would begin to dwindle as they started to attack one another on the Aubisque.