Opinion - Joseph Parker is making his first foray back into the ring this weekend since losing to Anthony Joshua, but the stakes for the young Kiwi boxer are as high as ever, writes Jamie Wall 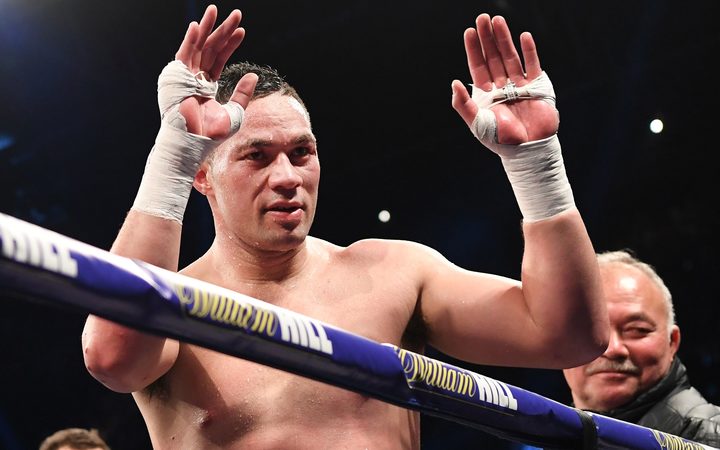 Joseph Parker waves to his supporters as he leaves the ring after his fight against Anthony Joshua in March. Photo: PhotoSport

Now we're going to find out just how much Joseph Parker wants it. What exactly 'it' is will most likely be defined over the course of the next year, though.

Parker fights Dillian 'The Body Snatcher' Whyte in London on Sunday morning (NZ time), his first foray back into the ring since losing to Anthony Joshua back in late March. The build-up to this bout hasn't carried anywhere near the weight as the showdown in front of 80,000 in Cardiff, but you could argue its significance is even greater, given the stage of his career that Parker finds himself in.

Thanks to the ridiculously convoluted way boxing governs itself, there were four world title belts on the line when Parker took on Joshua. The British champion walked away with all of them, despite Parker taking him the full 12 rounds for the first time in his career. It was seen as a credible, but somewhat inevitable, result for Parker.

While the hopes of Aotearoa were on him and we all wished he could pull it off, it was clear that Parker was always going to be the massive underdog. Despite the side storyline of a rather dodgy refereeing performance, Joshua outpointed Parker in a clinical display that handed the Kiwi his first professional career loss.

So now we find ourselves back in the UK, four months on. Parker is in the position that no one really talked about before his loss, which is what happens next.

The old boxing adage of 'picking yourself off the canvas' was never more apt right now, as he'll be fighting perhaps the most intimidating opponent of his career: getting motivated.

Just look at what Parker has achieved so far in his career.

He's already been a world champion, and made history by doing so on home soil. He currently boasts a 24-1 heavyweight record, and is a household name in New Zealand. He represents everything that's good about this country - young and talented, confident but humble, representing both the community that his parents immigrated into and the nation as a whole. No one would begrudge him if the fight in Cardiff proves to be the peak of his career.

He's 26 years old, a veritable infant in terms of historically long heavyweight boxing careers. However, the man currently at the top of the pile is only 28 - Anthony Joshua isn't going anywhere any time soon, and looks set to dominate the division for quite a while. 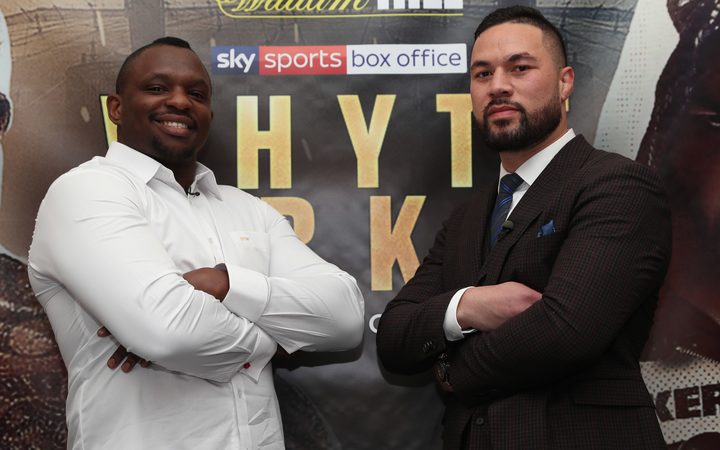 Joseph Parker, right, and Dillian Whyte ahead of their heavyweight clash in London. Photo: Photosport

The rumours out of Duco, Parker's promoters, is that a rematch with Joshua is on the cards for next year. It's hard to know how much of that is just hot air, given that the blockbuster heavyweight showdown between Joshua and American champion Deontay Wilder still hasn't come to fruition yet.

Joshua has been announced to fight Russian Alexander Povetkin in September, with his next bout after that locked in for April of next year. That's the date that Parker will be gunning for, if he indeed is attempting to gain a rematch, however just how he goes about this fight with Whyte will show if that's a possibility.

In a boxing narrative, the equation couldn't be more simple - Parker should be aggressively going for a quick finish, followed by a bold statement of intentions to take his revenge on Joshua. That will get everyone talking again, but it's hard to see that happening.

Parker is a boxer, not a brawler, with his most notable wins coming methodically over 12 rounds. As for post-fight trash talk, that's even more of a stretch. He's just not that kind of guy, which is why his one career loss was relatively warmly received in a country where humility is often over-valued in a sporting context.

Then there's the fact that Dillian Whyte is no bum, either. He's only had one career loss as well, and that was to Joshua back in 2015. He is fighting in front of a home crowd and currently holds a WBC title. This is no easy ushering back in to boxing relevance for Parker.

So by lunchtime Sunday, we should have a better idea of where Joseph Parker is heading. If it's to be another eventual course towards Joshua and the titles he fought for in March, then this fight needs to be a true statement of intent. Otherwise, we'll know that Joe will be happy to fight out the next few years in the shadow of the real contenders.