Opinion - An estimated billion pairs of eyes from around the world will be fixated on 22 footballers in Moscow's Luzhniki Stadium on Monday morning. Few other moments attract the attention of the entire planet to one time and one place like the FIFA World Cup final. 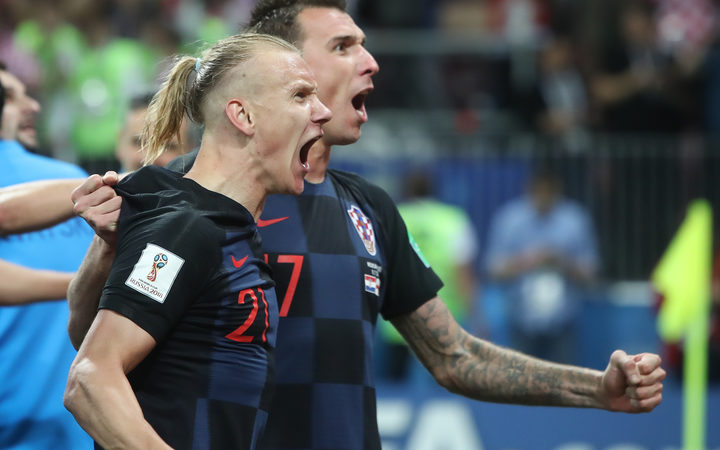 When you are in the stadium you can almost touch the electric tension and the momentous sense of occasion when the beaming golden World Cup trophy sits on the side of the field.

From the billions that wished they could be there, just more than 78,000 lucky pundits will have football's equivalent of Willy Wonka's Golden Ticket in their pocket and be pinching themselves when they walk through the turnstiles.

The excitement reaches fever pitch when volunteers unfold the giant French and Croatian flags and the two teams march onto the field. By the time the two anthems have been bellowed out and the crowd has completed the customary kick-off countdown, the Luzhniki Roar will be heard across the largest city in Europe.

Amid all that, it will take some resilience for these 22 young men to keep their nerves under control and not to get caught up in the biggest moment of their lives.

Coaches will tell them to enjoy the moment, but it will be hard not to get overwhelmed by the enormity.

Most of the players represent the most prestigious clubs in Europe and are used to playing in front of large crowds and in major finals. However, when presented with a once-in-a-lifetime opportunity and the pride and happiness of your country and all your relatives is at stake, different pressures come into play.

Croatia will hope these mental tensions and the unpredictability of a one-off encounter will even up the odds for this tiny nation of four million against the 1998 World Cup winners who are oozing class across the team.

France have never lost to Croatia in five previous matches, only drawing two and have so far been the most superior team in the tournament.

Their defence is seemingly iron-clad in front of goalkeeper Hugo Lloris, who is in blistering form, and is anchored by Samual Umtiti and Raphaël Varane at the centre.

Most teams don't even get to test that defence, as they have been bullied off the ball by Paul Pogba, Ngolo Kante and Blaise Matuidi, who are all worthy successors of legendary midfielder Patrick Vieira who inspired France's victory in 1998. 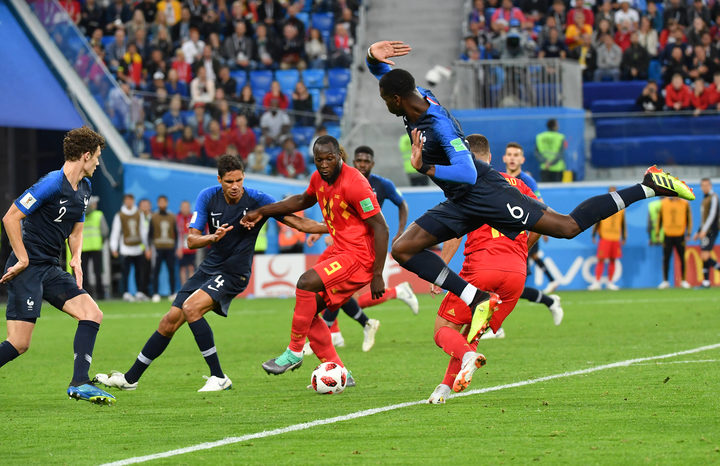 Paul Pogba in action in the France vs Belgium match. Photo: AFP

With that fortress behind them, creative geniuses Antoine Griezmann and young rockstar Kylian Mbappé are allowed to run riot on the other side.

Sadly, their flashes of brilliance have been in small, controlled bursts throughout the tournament and France have not been required to get out of second gear or put together a complete performance for 90 minutes.

Croatia will be aware that they could be in all kinds of trouble if the French put on the afterburners and a lopsided result will be on the cards.

Their main trump card is the fact that they have nothing to lose and all the pressure will be on France to triumph, and in style.

Croatia showed their quality when overpowering Argentina, and tremendous resilience in extra-time matches against Denmark, Russia and England.

In that last match, Barcelona midfielder Ivan Rakitić established a new world record by playing his 70th match this season, so he can be excused for feeling a bit weary.

"We thought Croatia would be too tired when they were playing England. And look what they did to us," bemoaned one English fan as he was leaving Moscow, in quiet admiration of the unexpected Croatian grit.

In that semi-final, several Croatians were out on their feet, and even striker Mario Mandžukić looked ready for an ambulance, only to pop up minutes later to slam home the winner.

Their defence is built around outstanding goalie Danijel Subasic and veterans Dejan Lovren and Domagoj Vida.

The largely neutral crowd hopes for a good contest and will no doubt cheer for the underdogs.

The World Cup has learned never to write off these Croatians, even when they are down and out, and the World Cup finals have created plenty of upsets in the past 88 years.

The French will remind themselves how they surprised red-hot Brazil in the 1998 final, and they do not want to be another name on that long list of failed favourites.

The FIFA World Cup Final begins at 3am Monday 16 July.

* Coen Lammers is RNZ's correspondent at the FIFA World Cup, online and on air. Russia 2018 is Coen's fifth World Cup.