Central Pulse captain Katrina Grant is relishing an honest, stress-free environment as her side take early hold of the ANZ Premiership 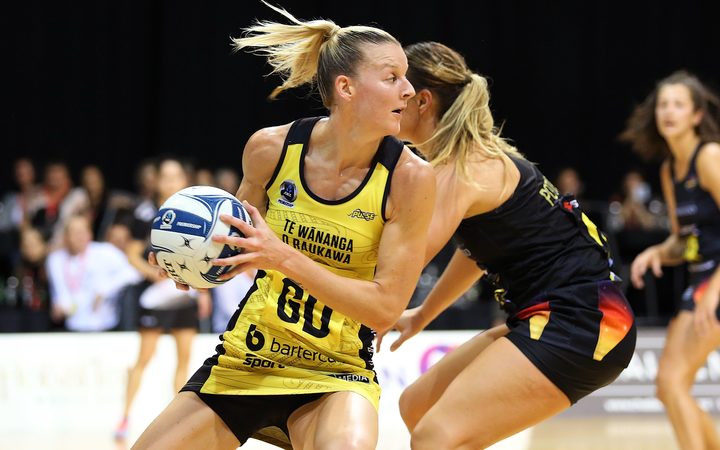 It's a refreshing change for Katrina Grant.

Just over two months ago the Silver Ferns captain was under fire after the national side had their worst showing at a Commonwealth Games - the pressure evident on Grant's face in every post-match interview.

The same can't be said about her domestic season which she explained reinstalled her faith in the sport.

The Central Pulse have had their record best start to any season and currently remain undefeated in the ANZ Premiership, which Grants says, is thanks to reduced stress.

"It was hard mentally and physically with Commonwealth Games," says Grant.

Auckland-born Grant has been a part of the Wellington-based side since 2010 and admits the club has had its fair share of troubles over the years.

As part of the trans-Tasman ANZ Championship the club had a best finish of fifth in 2013, which continued to decline until New Zealand broke away from Australia for 2017.

The Pulse were last year's runner's up in the Premiership's inaugural year losing the final to the Southern Steel 69 to 53, but player adjustments at both attacking and defensive ends have created a force to be reckoned with.

Despite being labelled the youngest team of the competition, Grant is adamant it's a balanced effort and says honest club culture separates her side from the rest.

"We are all on a level playing field - no matter what age or experience the player's have." says Grant.

"the attacking end are playing with no fear, letting the ball go and get along so well on and off the court which shows trust. When you have that trust you make each other accountable for what they are doing - giving honest feedback."

"Those conversations are key to have in any team to help grow and get better."

After defeating the Steel in round one 62 to 51, the Pulse will host the Steel in Porirua in a rematch on Wednesday night.