Hurricanes captain Brad Shields has been rushed into England's squad for the side's upcoming three test tour of South Africa just hours after being released by the New Zealand Rugby Union.

England coach Eddie Jones released his squad on Thursday, recalling Danny Cipriani and with Shields one of seven new players. 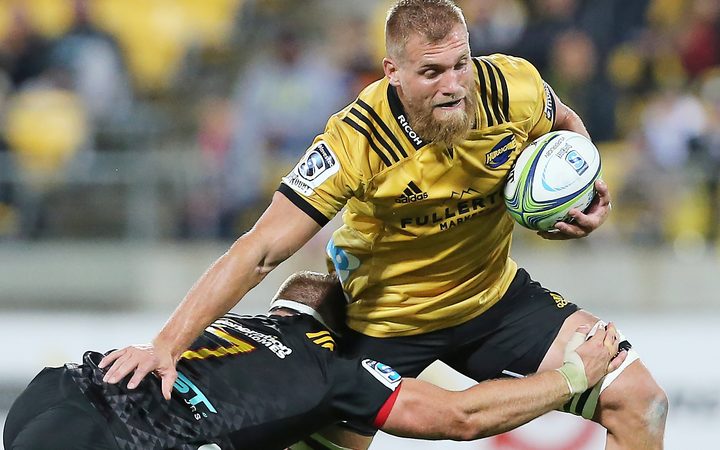 New-Zealand born Shields qualifies through his parents, both of whom come from England.

"He's a good hard working player, he plays for best team in southern hemisphere and is a considerable influence in their team. He's a gritty player, a great back up to Chris Robshaw for us," said Jones.

He also confirmed Australian Scott Wisemantel would join the coaching staff for the tour as an attack consultant.

Cipriani forced his way back into contention after a great season for Wasps. He won his first cap in 2008 but has won only 14 in all since then, with his last start also coming 10 years ago.

A succession of England coaches have declined to include him, deterred by his reputation for individualism, but Jones has given him a final lifeline.

Brilliantly talented but also too often disruptive, the 30-year-old is leaving Wasps at the end of the season and is currently without a club.

He will travel as third-choice flyhalf behind George Ford and Owen Farrell, who captains the squad in the absence of the injured Dylan Hartley, though Cipriani could also feature at fullback.

"I've watched him play closely and he's done some things I've asked him to do in matches and deserves the opportunity," said Jones, who has picked him for the first time.

Billy Vunipola (Saracens) is recalled after recovering from injury having last played for England in the 2017 Six Nations. Mark Wilson (Newcastle Falcons) -- a year after last featuring for England in the two Test series in Argentina -- is also included.

Jones denied that Shields' selection reflected badly on the England pathway system which is designed to promote the best young English talent. "That is not my responsibility, it is to pick the best English-qualified players," said Jones.

"Our tour to South Africa will be the most exciting challenge for us as a group since 2016," Jones said. "We have an opportunity to create some history next month and win the Test series, something no England side has done before."