New Zealand's most successful paralympian Sophie Pascoe will spend three and a half months in Nottingham to prepare for the Tokyo 2020 Games. 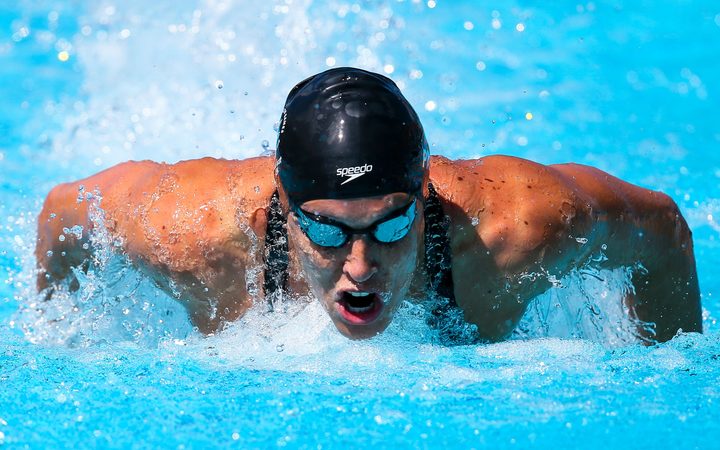 New Zealand para-swimmer Sophie Pascoe has been planning to train in the UK well before the recent Commonwealth Games on the Gold Coast and defending double gold medals has only her encouraged to make the move.

Pascoe will leave on a solo mission for three and a half months to pair up with British paralympian star Ollie Hynd in hopes of getting even faster in the pool ahead of the Tokyo 2020 Paralympic games.

"What can we do that is completely outside of the box that we haven't done before," said Pascoe.

"We came up with an idea that may be I should go overseas for a bit and get a little taste of being outside of my comfort which has surrounded me through my last three campaigns."

Pascoe won triple gold at the Rio Paralympics in 2016 making her the most successful paralympian in New Zealand history but she isn't willing to settle on the record.

The idea to include overseas training against another strong para-athlete is to not only get physically faster and stronger but to also strengthen her mind set.

"This is about being out of my comfort zone, not knowing what I'm actually going to turn up to every day.

"I'm excited about finding the strength to know that when we go to Tokyo we are prepared for any situation."

The 25-year-old will leave her training team behind including long-term coach Roly Crichton for Nottingham on Monday.

Pascoe's timing has been planned alongside her team who advised that an overseas venture would need to be done now if she is to also compete at World Championships next year.

"A couple of years after Rio is very risky in terms of keeping yourself stimulated, four years can seem like a long time," said Pascoe.

"Three and a half months I think is going to be just perfect we have a lot planned next year with world championships in Malaysia.

"We can definitely see that we are going to get benefits out of this."