Opinion - Which test will end up being the big one on the All Blacks' end of year tour: the one against England or Ireland? The next couple of rounds of the Six Nations will tell us. 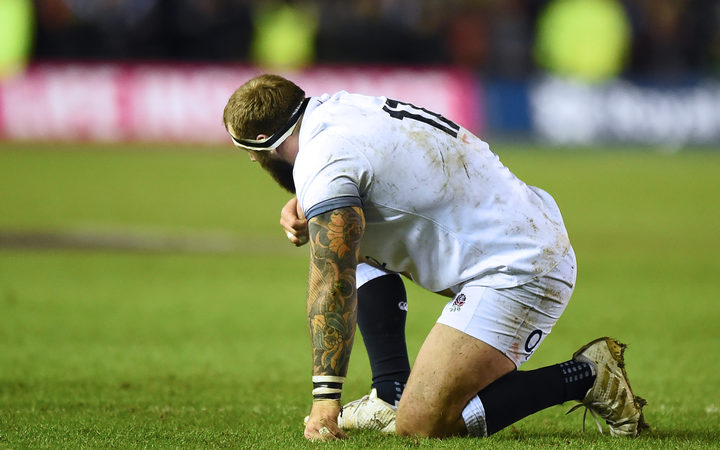 While Super Rugby is now three weeks in, there's something substantial brewing up north that may end up having a bearing on the All Blacks' plans for the year as well.

Right now, we're coming up to the business end of the Six Nations, the annual tournament that New Zealanders wouldn't usually care about.

However, this year the storylines in the oldest international competition are just too great to ignore, given it has a direct bearing on the most hyped-up game outside of a World Cup Final: the All Blacks v England, scheduled for 10 November at Twickenham.

For the past year-and-a-half or so, the showdown with England has been talked about as the clash of the ages. It's supposedly no small task, even for the all-conquering All Blacks, given that the English are enjoying the best patch of results since becoming World Champions in 2003.

In the age of endless and money-making test matches, this clash was going to be a decent, meaningful game between the two best sides in the world. A test, in every sense of the word.

But there's a small problem.

Cracks are appearing in England's armour. The English faced a fired-up Scotland at Murrayfield two weekends ago, and lost. The same fired-up Scotland that came close to the All Blacks last November, but couldn't quite pull off an historic win.

The 25-13 result over England was a famous one, but it was more than just an excuse for the junior partner in rugby's oldest rivalry to claim bragging rights over their historical overlords.

The fact is, the Scots won that game running away. They never looked like losing against an England side stacked with their best players, and provided a clear blueprint for any team attempting to topple the English from their perch as kings of Europe.

There's two rounds left in the Six Nations, and for the English, they are both huge. Their first, on Sunday morning against France, will probably end up in them getting their train back on the tracks. France, after all, are useless and shouldn't pose too much of a threat - but it's highly unlikely they'll be put away with a huge scoreline that will ease the pressure off.

Which is why England need to win big to silence the doubters that have popped up over the fortnight. Hysterical reactions from the British press are nothing new, but the one regarding the loss seemed a little different.

Despite it being only their second loss in 25 tests under Eddie Jones, the level of scrutiny that the coach finds himself under now seems very deliberate - in an almost All Black-level of intensity. They have the game against France to pull themselves together, then a St Patrick's Day clash against Ireland to re-establish themselves as 6 Nations champions and rightful contender for the heavyweight showdown in November against the All Blacks (the English also have a June series against the Springboks, the ramifications of which will be entirely dependent on the strength of the squad they send to South Africa).

But what happens if Ireland go on to win the Six Nations, and a Grand Slam? Add on the fact that they were the last team out of any of the home unions to beat the All Blacks, and suddenly the test in Dublin on 17 November will be the one everyone will be looking to as the ultimate barometer of global rugby power.

Then there's the fact that Scotland may well end up winning the Six Nations anyway, depending on their clash with the Irish this weekend. That scenario will probably set up endless talk of an ultimately hypothetical rematch of last year's memorable clash against the All Blacks at Murrayfield.

Halfway through last year, the pressure was all on the All Blacks. A drawn series with the Lions meant that statements needed to be made in the Rugby Championship. Unfortunately for the Wallabies and Springboks, that came in the form of 50-point hidings.

This Six Nations tournament is England's turn to flex their muscles. One loss is bad enough, another one (as well as talk of Jones returning to coach the Wallabies) may well shift the focus of the All Blacks' end of year tour entirely.