Mika Vukona and the New Zealand Breakers will have no shortage of reasons to beat Melbourne United in their NBL semi-final series.

The four-time champions are underdogs against Melbourne, who won their past two clashes in the regular season comfortably on their way to finishing top and home court advantage in the finals. 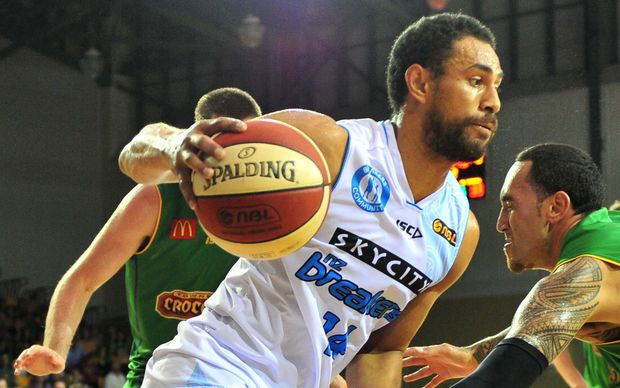 The series opens in Melbourne on Saturday, moves to Auckland two days later and then returns to Melbourne if a game three is required.

Tough forward Vukona has won four of his five NBL rings with the Breakers and says the post-season is usually motivation enough to get players to lift.

However, he admits there is more on the line than usual.

Days later, the club confirmed their sale to overseas investors, ending 13 years of ownership from popular Auckland husband and wife Paul and Liz Blackwell, who will retain a stake.

"We already have plenty of motivation, just winning is enough, what else should a professional basketballer need?" Vukona said.

"But, while we may not talk about it much, I know that we will all want to play well for Kirk and for Paul and Liz.

"They (the Blackwells) have done so much for me, for my family and for basketball in this country, I know where my piece of net will be going."

The Breakers gathered in Melbourne yesterday, having undergone a split preparation.

Almost half of their roster were in the Tall Blacks squad that won World Cup qualifying games over China and South Korea.

Vukona, not selected for his country so he could freshen up for the NBL semi- finals, said training in Auckland went well despite reduced numbers.

"Melbourne are a great team and well coached by Dean (Vickerman), but we are confident, we know how to win in that gym," Vukona said.

"All that matters is finding a way to win."