The Crusaders have recorded a 45-23 win over the Chiefs in Christchurch tonight, however it wasn't quite as comfortable as the scoreline suggests. 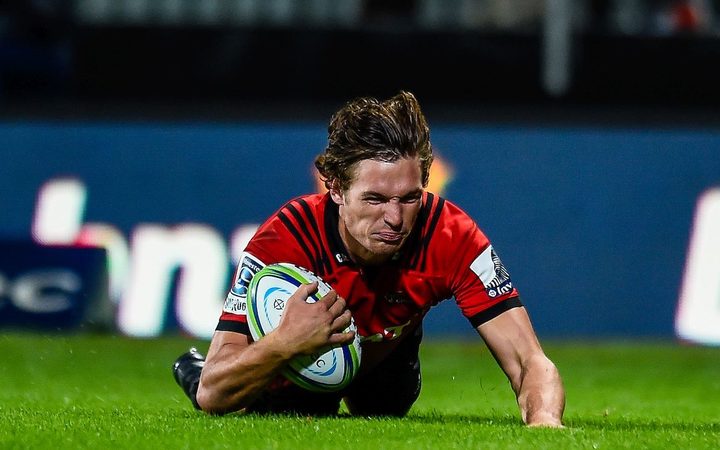 George Bridge of the Crusaders scores a try. Photo: Photosport

It was a game that once again showcased the incredible array of talent in the New Zealand Super Rugby conference. However, while both sides produced glimpses of unbelievable skill, there was also enough ill-discipline from both sides to cause some concern for coaches Scott Robertson and Colin Cooper.

The first half started brightly for the Chiefs, who almost scored off the opening passage through a McKenzie break. However, that was basically the last they saw of the ball for the next 12 minutes.

In that time, the Crusaders managed to cash in, first through a Matt Todd try from close range. Then Richie Mo'unga pounced on a loose Damian McKenzie pass on halfway, toeing ahead and winning the race to score next to the posts.

Things were looking ominous for the visitors before a McKenzie penalty got them on the board after 18 minutes.

After half an hour, Jordan Taufua's try made it look like the Crusaders were cruising, but a captain's effort swung the balance of the game back the Chiefs' way. Flanker Sam Cane scored an early contender for try of the season, burning 50 metres upfield off a McKenzie short ball, and then the Chiefs controlled the rest of the half.

Are we sure @ChiefsRugby's @SamCane7 is a forward..? The All Black flanker combined with McKenzie to produce this score. It's 19-17 in #CRUvCHI. SS Action now. #SuperRugby pic.twitter.com/KFLC8h5i32

Winger Solomon Alaimalo, who was very impressive in the first 40, came off his wing to score near the posts right on halftime to cut the Crusaders' lead to 19-17.

If the Crusaders were wondering just where their early dominance went, they needn't had looked any further than the sin bin. A Richie Mo'unga yellow card probably saved a try, but Michael Alaalatoa's needless high shot on McKenzie as soon as they were restored to a full compliment was foolish.

After the break play settled down into a series of close in punch and counter punches, and the Chiefs grabbed the lead after a crazy decision by the Crusaders to tap a penalty on their own goal line. It ended up being a penalty to the Chiefs, which was converted by McKenzie. 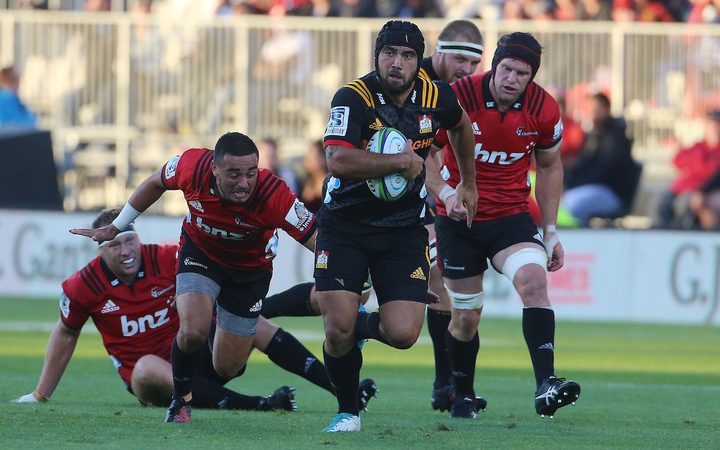 However, the big talking point of the game came in the 70th minute, when a penalty try was awarded to the Crusaders. Replacement Chiefs flanker Lachland Boshier's try saving tackle on Ryan Crotty was adjudged by referee Ben O'Keeffe to be high, so Boshier was to sent to the bin while O'Keeffe trotted under the posts.

The final stages should've been a tense affair, but the Chiefs literally threw the game away with two intercept tries to George Bridge and Manasa Mataele.

Cooper's reign as Chiefs' coach will have to wait at least one more week for a debut win, while the champion Crusaders underlined how tough it will be to get a win at AMI Stadium this season.