Inside centre Teihorangi Walden scored two tries when the Auckland Blues were reduced to 14 men to give the Otago Highlanders a 41-34 victory in their Super Rugby clash in Dunedin on Friday. 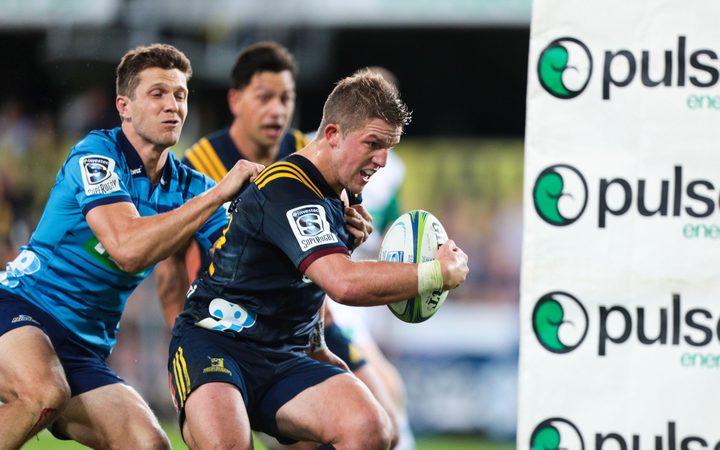 The Highlanders trailed 31-24 when Blues replacement flanker Antonio Kiri Kiri was yellow carded by Jamie Nutbrown for a high tackle and the home side seized on the opportunity to take a lead they did not relinquish.

Neither team was perfect in their first competitive match of the season as they struggled with the new laws at the breakdown that does not allow defenders to attack the ball.

The game, however, was played at an unrelenting pace and no quarter was asked or given in the tackle as both sides showed they wanted to attack when they had the ball in hand.

The lead changed six times in the first 40 minutes, with Thompson scoring two tries for the home side to go with Lima Sopoaga's opening penalty.

The Blues, however, struck back every time the Highlanders' scored with Gatland, Duffie and Ioane all crossing.

Gatland's penalty on the stroke of halftime to give his side a 24-17 lead at the break was the first time either side had scored twice in succession.

The see-saw momentum of the game continued in the second half with All Blacks scrumhalf Aaron Smith's decision to take a quick tap penalty putting prop Siate Tokolahi over, before Ioane responded within seconds of the restart.

Kiri Kiri's yellow card, however, allowed Smith to take control of the match with his tactical kicking and speedy passing putting pressure on the Blues defence and keeping them in their own territory.

Smith's wide pass put Walden into space for his first try, with the inside centre grabbing his second shortly after when he combined with Thompson to grab a chip kick over the defence.

Replacement flyhalf Fletcher Smith added a penalty to give them home side a seven-point advantage and while the Blues had the opportunity to score a late try to at least salvage a draw, they were unable to break down the Highlanders' defence.