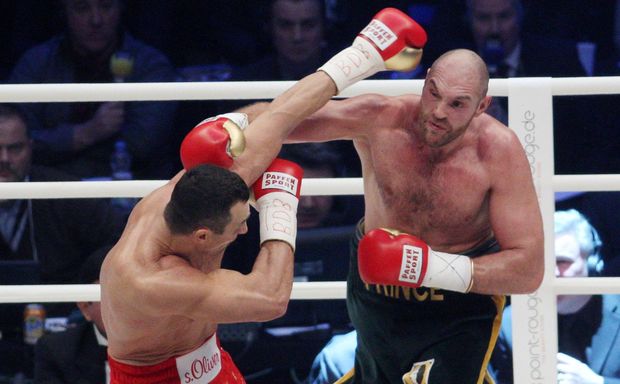 The former world heavyweight champion was charged in June, 2016 for using a banned steroid but blamed the result on eating uncastrated wild boar.

UK Anti-Doping (UKAD) and the Furys confirmed the news in a joint statement on Wednesday (NZ time).

Tyson's victory over Wladimir Klitschko in November, 2015 to win three of the four heavyweight world titles was his last fight.

The Furys insist they have "never knowingly or deliberately committed a violation", while UKAD maintain that violations took place.

Both fighters' respective bouts in February, 2015 have been disqualified but results after that date, including Tyson's win over Klitschko, still stand.

Despite the news, which Tyson Fury responded to by posting "Guess who's back" on social media, he is not expected to fight in the immediate future.

Fury not only has a significant amount of weight to lose after his two-year absence from the ring, he must still obtain a boxing licence from the British Boxing Board of Control.

The Board did, though, agree with UKAD's decision to come to anagreement with the Furys, UKAD said.

A rematch was scheduled for summer 2016 but Fury was forced to postpone because of injury, before later withdrawing.

UKAD confirmed seven months later he and Hughie had tested positive for a banned substance - now confirmed to be banned anabolic steroid nandrolone.