Opinion - It was fitting that the Kiwis played out the worst day of their history in front of a mostly empty Westpac Stadium, writes Jamie Wall. 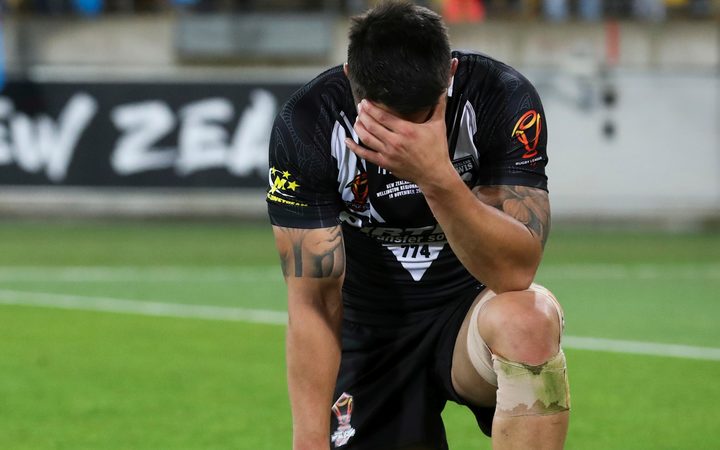 The only noise you could hear through the TV coverage was from the Fijian supporters, and even they would've been silently mystified as to why their team wasn't up by 20 at half-time.

By that stage the Fijians only led 2-0, despite having seemingly played the entire game in the Kiwi redzone.

But as the teams headed into the tunnel for half-time, the writing was on the wall for the Kiwis.

They had offered nothing on attack, and were only still in the match due to Fiji's lack of accuracy close to the line.

Sets were being finished well behind halfway, penalties were not cashed in on and final tackle options seemed made up on the spot.

Sound familiar? That's because that's what Warriors fans have had to put up with for the last six seasons.

The recriminations will be swift, blaming team culture and probably ending in the firing of coach David Kidwell.

But that's not all of the story - because up until last night the Kiwis weren't actually playing that badly.

Forget about the scandal surrounding the dropping of Jesse Bromwich and Kevin Proctor, the defection of Jason Taumalolo and the poor form of the Warriors - it seemed like the Kiwis had put that all behind them.

That's why this has to be the worst day. This was a capitulation of the highest order.

Losing to Tonga last weekend, while a shock, isn't that bad on closer inspection.

The Tongans had the highest paid player in the game in Taumalolo, plus several State of Origin reps. They will head into a semi-final next weekend as favourites, despite being below their best yesterday against an impressive Lebanon side.

Before that the Kiwis had put in a fine performance against Toa Samoa and then belted Scotland. OK, so the Scottish result was expected, but the 74-6 scoreline showcased some serious attacking talent, especially on the edges and wings.

Yes, the end result of this tournament probably wasn't going to end with them lifting the trophy due to the seemingly effortless dominance of the Kangaroos.

But it sure as hell shouldn't have ended against Fiji. At least the Kiwis scored some good tries in the loss to Tonga, last night they never looked like scoring once.

The final score of 4-2 will go down in history. Two penalties to one in a sport where that should be basically impossible.

It's not like Fiji aren't good either - they can count former Dally M medalist Jared Hayne, Ashton Sims and try-scoring machine Suliosi Vunivalu in their ranks.

They were led by a courageous Kevin Naiqama, whose emotion in the post-match interview was in stark contrast with Kiwi captain Adam Blair.

Naiqama's tears and praise of the man upstairs was followed by a gum-chewing Blair, whose demeanour suggested that he was basically indifferent to the result and that teams like Fiji and Tonga getting results like this was 'good for the game'.

Well yes, Adam it is good for the game. Just not in New Zealand, which is the country you've just captained to their worst result ever.