Tonga are one step away from a Rugby League World Cup final, holding off a valiant Lebanon 24-22 in their quarter-final in Christchurch. 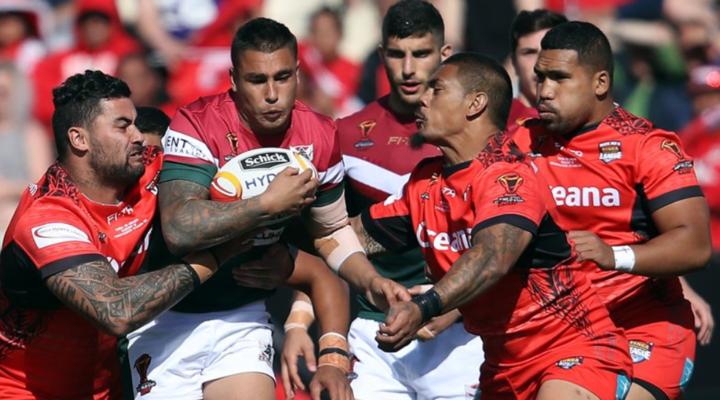 In an end-to-end affair in which both sides threw the ball around, Tonga's power up front eventually took them over the line.

While Tonga dominated the opening stages to pile on three tries in 22 minutes, Lebanon never gave up.

They remained within one try for much of the match - including an extended scoreless period in the second half - and made things interesting late on with a try-of-the-tournament contender from Abbas Miski.

Lebanon had three tries disallowed as they pushed to clinch a winner.

Tonga now progress to a semi-final next weekend in Auckland against England or Papua New Guinea.

A World cup final berth would be another historic achievement for Tonga who last weekend scored their first 28-22 victory over New Zealand.