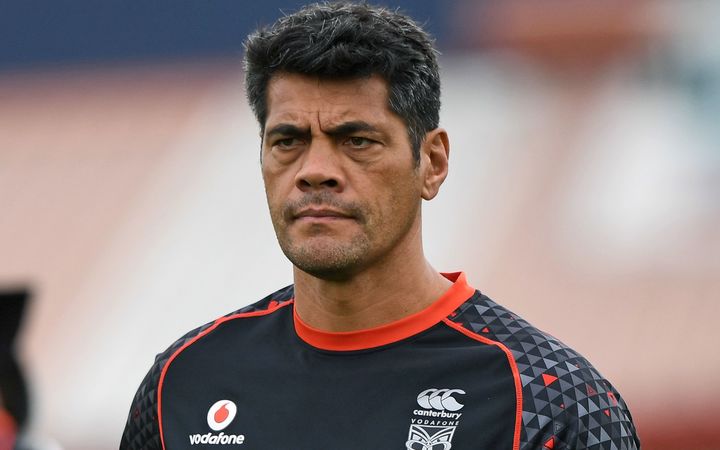 George's top priority will be returning the club to a junior powerhouse to ensure long-term success but he also knows results are needed much sooner.

The Warriors have not played finals since 2011 but, given their all-Kiwi international spine, this year's late-season fade-out of seven straight losses is particularly disappointing.

And while George vowed to hold everyone accountable, he was mindful of the fact Kearney was just one year into a three-season deal.

"Absolutely (he will be here) - this is only Steve's first year," George said.

"The Warriors have a lot of unique challenges through logistics and significant travel. It will be interesting to get his feedback.

"Him and I together have a chance and I want to make sure he is here to execute the right plan."

The Warriors have won just seven games this year, sending Kearney's club career record to just 26.6 per cent - the lowest of any coach with more than two seasons in the NRL era.

"Steve is obviously in a very high-profile job and he is the leader of the football department," George said.

"There is no doubt that I want to know why we didn't succeed better this year.

George, who comes from a racing background, will take over from Jim Doyle on Friday. He has served on the club's board and as chief operating officer over the past 18 months.

Doyle will move to executive chairman to replace Eric Watson, who is set to sell the club.

One of George's first actions will be talking with the NZ Rugby League to address junior participation.

The club are on track for their first under-20s wooden spoon, after making four grand finals between 2010 and 2014.

"That is one area that I think collectively together with Auckland rugby league and NZRL we can start to address that," he said.

"Getting back to grassroots and regrowing the game and the participation and the pathways through to being a first-grade Warriors player is something that is of interest to me.

"That's not an overnight fix, that's something in the long term."

He will also consider possible recruits, with salary cap space to work with ahead of several high-profile departures including Kieran Foran and Ryan Hoffman.