In a blink and you'll miss it moment, Parramatta winger Kirisome Auva'a has notched the fastest try in National Rugby League history.

Auva'a couldn't believe his luck when Broncos prop Adam Blair looked to offload in the first tackle of the match, only to spill the ball metres from the Eels' try line. 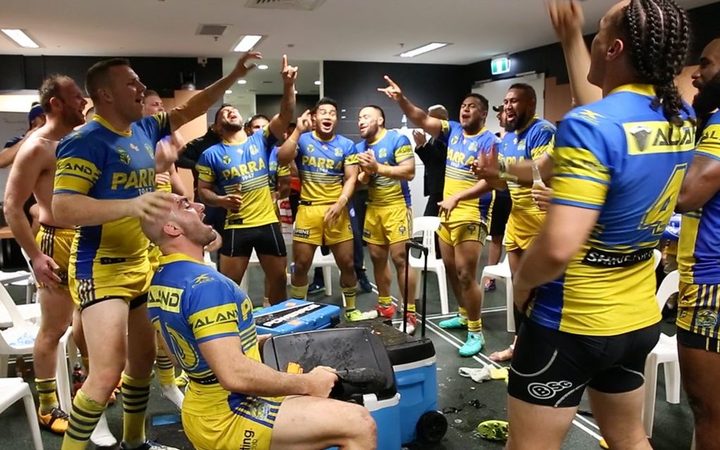 The Parramatta flyer did the rest as fifth-placed Parramatta got off to a record breaking start to their round 25 clash.

The lightning start by Auva'a was impressive but he has nothing on the fastest try in league history.

That mark is held by Wigan St Patrick's amateur club's Dean Hatton who took 7.3 seconds to score in 2016.