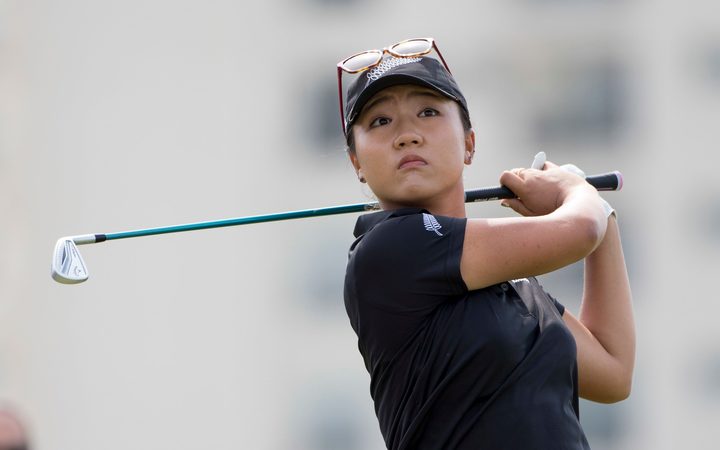 The former world number one went into the round tied for third just two shots off the leader China's Shanshan Feng.

But Ko had a horror start carding four bogeys in a row on the front nine, before recovering with four birdies on the homeward run to end with 73.

Feng held off a trio of South Koreans to maintain her place at the top of the leaderboard but her performance was overshadowed by the grand entrance of US President Donald Trump to the golf club that bears his name.

Riding in a motorcade of more than a dozen black SUVs, the president rolled in to the 500-acre Trump National, becoming the first sitting US head of state to attend the championship.

His arrival was met by applause and some cheers, and a roar rang through the grounds when Trump made his way into the specially-built, personal viewing box overlooking the 15th green.

The second-round leaderboard was anything but "America First", however, with the top nine all internationals players on the rain-soaked course.

Feng, the overnight leader on 66, was her steady self, following her first bogey of the tournament at the 10th with back-to-back birdies for a 70 and an eight-under-par 136 total, good for a two-shot lead over a trio of South Koreans -- Amy Yang (71), Lee Jeong-eun (69) and amateur Choi Hye-jin (69)

"On my front nine, the rain was really heavy," said Olympic bronze medallist Feng, the world number six who has won seven LPGA events, including one major.

"But luckily my ball-striking was pretty good so I hit most of the balls on the greens. Overall, I did really well today."