First Person - Ahead of the Lions tour of New Zealand, Stephen Hewson remembers watching the All Blacks take on the Lions at Athletic Park in 1977. 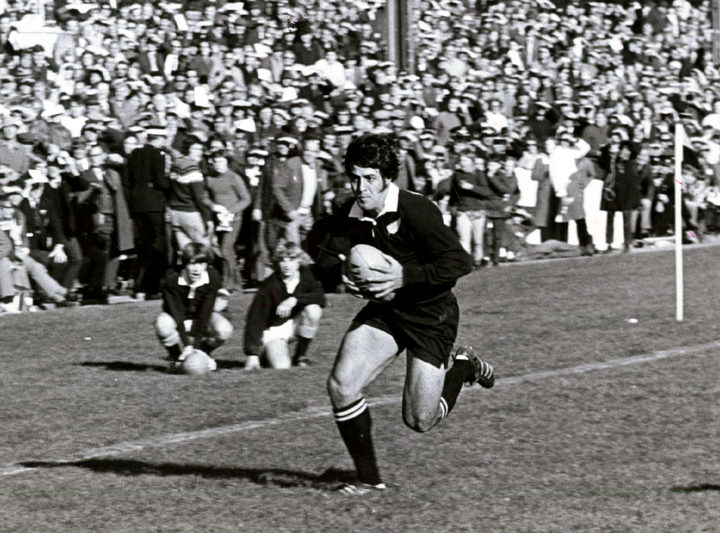 It was the first All Blacks test match I went to.

It was 18 June 1977 and the All Blacks were playing the British Isles at Athletic Park, Wellington.

I was 10 years old and Dad had taken me and my younger brother along so we could see our All Black favourites Bryan Williams and Grant Batty.

Playing in the backyard, you always wanted to be Williams or Batty - they scored all the tries!

There are several things that stick in my mind from the game and the first is the surge of people heading up Adelaide Road as we entered Athletic Park at the Millard Stand side.

Dad recounted sleeping out overnight at Athletic Park to get tickets ahead of the 1956 All Blacks - South Africa test. The 56 series was a biggie - it was all about revenge for the clean sweep the Boks enjoyed in South Africa in 1949 and also the series win the South Africans enjoyed the last time they had toured New Zealand in 1937.

So the walk up Adelaide Road brought back a few memories for Dad, and no doubt for many of the 43,000 people who crammed into Athletic Park that day.

I remember bits and pieces from the match: a hot dog on a stick, a can of fizzy.

Scottish fullback Andy Irvine banged over a penalty from inside his half - kicking with the wind. That was impressive.

Bryan Williams lined up a long range penalty into the wind only for it to fall short bouncing off Bennett and into the arms of All Black prop Brad Johnstone who scored.

From a scrum near the Lions try line he went on one of his jinking runs to leave the Lions forwards grasping at thin air as he dived over.

The undoubted highlight though was Grant Batty's intercept try.

It's still burned in my memory. As the Lions mounted a promising backline move having the All Blacks outnumbered, midfielder Steve Fenwick passed to Bennett only for the 5ft 4 inch (it was 1977) Batty to pounce, pick off the pass and scoot 60m to the tryline.

The almanac Men in Black describes "the flying winger" dotting down as fullback Irvine closed in on him.

In my mind he was "flying" too. When you look back at television footage, the reality was somewhat different.

Batty had suffered a serious knee injury on the tour of South Africa the previous year and never recovered - his speed was gone.

As he headed for the tryline, not only did Irvine almost nab him - it was the sight of Lions prop Graham Price closing in that must have made Batty nervous.

That test was Batty's last. He retired from all rugby the following week.

It was 16-12 to the All Blacks at halftime. I've got no memory of the second half at all.

Perhaps because there was no scoring.

In fact, Men in Black says "the second half proved to be one of the dullest seen in a Test match in New Zealand."

No scoring - but dull? Never. Not for the 10-year-old lad from Upper Hutt who had just got to see BeeGee and Bats in action ... topped off with a hot dog and a can of fizzy.