First Person - Ahead of the Lions tour of New Zealand, Barry Guy remembers the shock of being 9 years old and realising his father was rooting for the Lions in their 1971 series against the All Blacks. 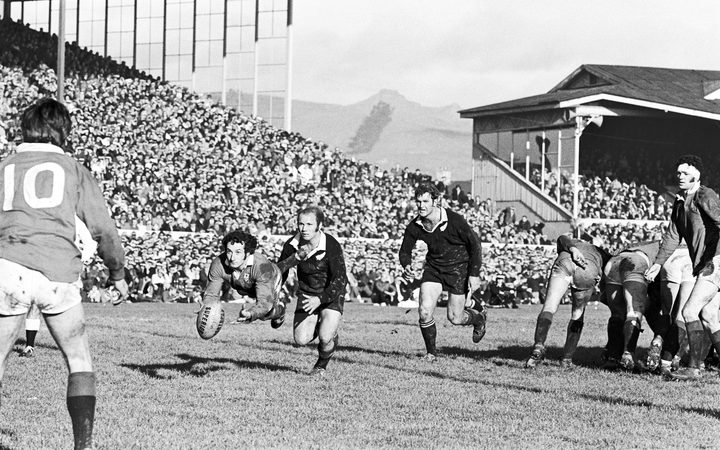 I was shocked when my father said he wanted the Lions to win the series against the All Blacks in 1971.

1971 was my first experience of the British Isles team as they were known then.

My father and I were driving back to Nelson from Blenheim after our harriers event that Saturday afternoon in July and we'd just heard on the radio that the All Blacks had beaten the Lions 22-12 at Lancaster Park to level the series at one all.

It was quite strange to me that someone didn't support the home side and so I said very little on the trip, but that reaction has obviously stuck with me.

The All Blacks, of course, didn't always win - the year before they'd been beaten 3-1 in South Africa.

The 1971 Lions were considered one of the best sides to ever tour New Zealand. They had the forwards to match the All Blacks and an exciting predominately Welsh backline that could be brilliant at times.

They were coached by former Welsh international Carwyn James and captained by Welsh centre John Dawes.

For a 9-year-old like myself having an international side in your part of the New Zealand was very exciting and that Lions side contained so many players that would become legends of the game. Willie John McBride, Ian McLauchlan, Gareth Edwards, Barry John, JPR Williams and Mike Gibson.

McLauchlan had the nickname Mighty Mouse and one of my friends told me that he could lift up one end of a small car.

Later in life when asked about my given names - Barry John - I would often tell people I was named after the Welsh first five, even though I was born four years before he played his first Test.

In those days there were always parades before a big game and while the combined Marlborough-Nelson Bays game against the 71 Lions was played in Blenheim, there was still plenty of hype over our side of the hill.

I didn't get to see the Lions win the match 31-12, but their presence made a great impression off the field in the region. 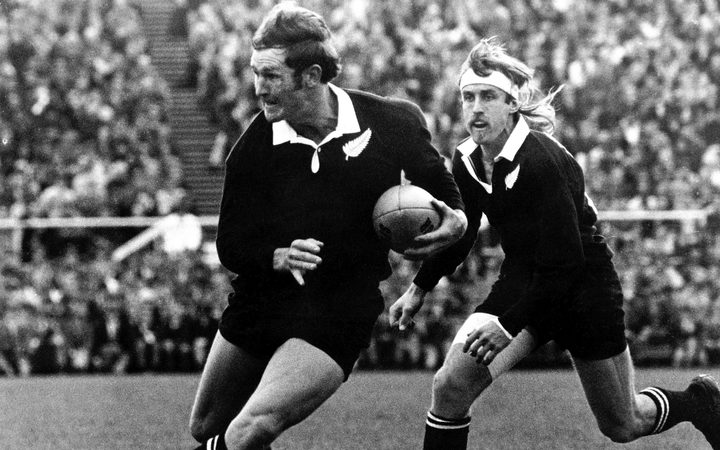 In a recent trip back to Nelson, I stopped at the Rai Valley tearooms with my daughter.

The small town between Blenheim and Nelson was a mandatory pit stop for the Guys back then to pick up a pie fresh out of the oven, and in 1971 it also attracted a couple of the Lions players to witness a baking world record.

Still above the oven is a newspaper clipping of the Lions visiting the tearooms the day before their game in Blenheim with the English centre John Spencer, the only Yorkshireman in the squad, present at the unveiling of the world's biggest Yorkshire pudding.

Such were the days when touring sides really got into the communities.

Anyway back to the second Test and the Lions were already 16 games into their tour when they took to Lancaster Park on 10 July.

Stung by the first Test loss, there were three changes to the homeside with Laurie Mains getting his first Test replacing Fergie McCormack, Howard Joseph also got his first start on the wing replacing Ken Carrington and Alex Wylie replaced an injured Alan Sutherland at number eight.

They went on to win 22-12, scoring five tries to two, including Ian Kirkpatrick's gallop from a scrum to score a great solo try late in the game.

However, the Lions would win the third Test 13-3 in Wellington and then drew the fourth 14-all at Eden Park to clinch the series ... a result which would have pleased my father.