All Blacks skipper Kieran Read has enjoyed a near-perfect maiden campaign in the top job but has one more hurdle to clear in Paris on Sunday morning. 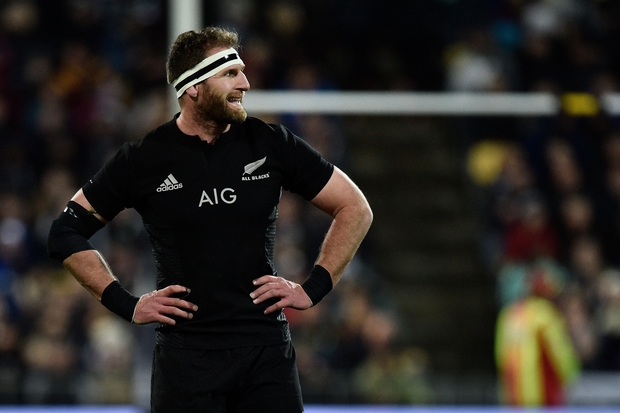 Other stalwarts such as Dan Carter, Ma'a Nonu, Conrad Smith and Keven Mealamu also made way, leaving Read at the helm of an unproven Test side and leadership group.

Yet despite their process of re-establishment, the All Blacks have hit even greater heights in 2016, sweeping through their June series, Rugby Championship and Bledisloe Tests.

Only a surprise 40-29 defeat to Ireland in Chicago, of which Read admitted his side weren't adequately prepared, has sullied the Crusaders No.8's first year as skipper.

Read said he had been most encouraged this year by his side's ability to keep looking for ways to improve and motivate themselves.

That would flow through to this weekend, when the All Blacks close off their 2016 season with a Test against the French in Paris.

"The group we've got hasn't been stifled or sat back on what we've done this year," Read said.

"Certainly being overseas on tour, you get a bit more time with the lads to work on certain aspects of your leadership, so I feel like I'm in a pretty good space right now." 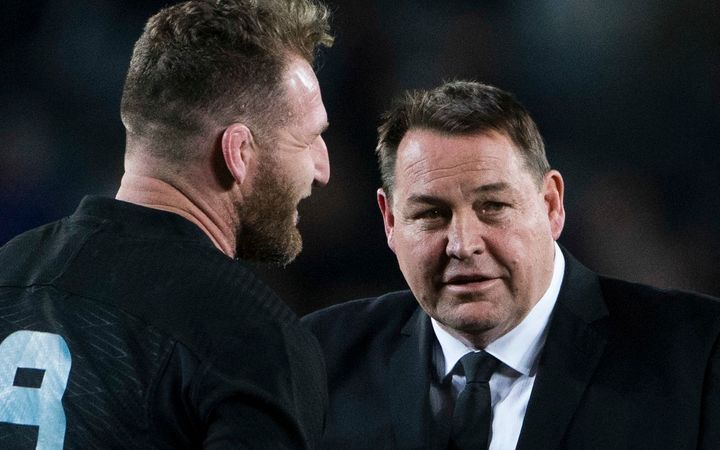 Steve Hansen and Kieran Read celebrate the All Blacks' win over the Wallabies. Photo: PHOTOSPORT

"They do some things similarly and one of those is play well, you expect your leaders to be some of the best players on the park and he's done that," Hansen said of Read.

"He's taken the opportunity to lead with his own style, and he's been very inclusive and done a really good job."

The All Blacks will line up against a French outfit still smarting from last year's World Cup quarter-final humiliation, in which they were thrashed 62-13.

However Les Bleus are expected to take a more offensive approach this time around, with new coach Guy Noves looking to re-establish the side's running rugby tradition.

The battle up front will also be key, with France fielding a burly tight five and three ball-playing loosies in Charles Ollivon, Kevin Gourdon and Louis Picamoles.

Read, who will earn his 97th cap at Stade de France, said the long-standing rivalry between the two nations was likely to make the affair a spicy one.

"It's always a tricky one, this last week, and traditionally it's been pretty tough for us," Read said.

"If we can see a performance and some excitement from the lads, I'm sure it's going to be positive."