Sports Call - Steven Adams' phenomenal rise on the NBA scene - and the associated pay cheque - has been celebrated this week, but New Zealand basketball is unlikely to benefit. 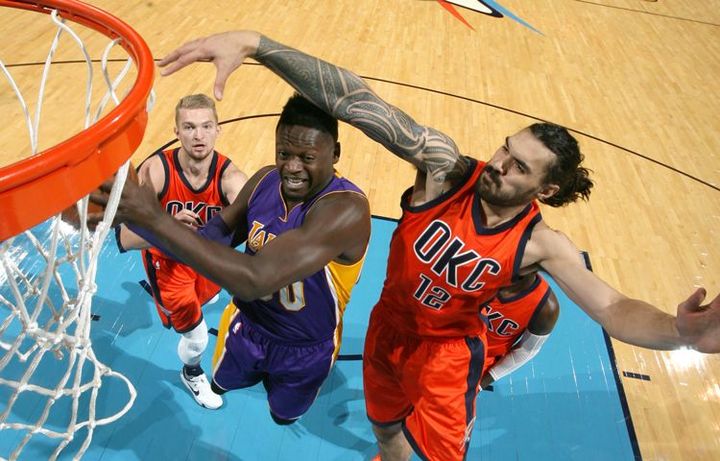 Steven Adams soars high for Oklahoma City Thunder, but he won't be taking the court for the Tall Blacks. Photo: Unknown

The sight of more New Zealand kids running around in Oklahoma City Thunder (OKC) singlets with Steven Adams' name on them must surely grate with Basketball New Zealand.

His re-signing with OKC on a four-year deal, reportedly worth $140 million, has launched him into a completely different stratosphere when it comes to income for New Zealand sportspeople.

The likes of former All Blacks Dan Carter and Richie McCaw, golfer Danny Lee and motor racing driver Scott Dixon are left well and truly in his wake.

But while there has been general celebration of Adams' phenomenal rise on the NBA scene and the money that comes with it, the prospect of him ever playing for the Tall Blacks remains slimmer than a peeled onion.

Yes, we should celebrate Adams' success and the way he's been able to make his way in one of the toughest sporting environments in the world, given the troubled start to life he had in Rotorua.

But, disappointingly for the sport here, Adams has eschewed playing for the Tall Blacks.

Basketball New Zealand tried to cajole him into playing during the qualifying process for the Rio Olympics, which the Tall Blacks eventually missed out on. But to no avail.

In February, when he announced he wouldn't be playing, Adams said: "This was a very difficult decision as I take tremendous pride in being a New Zealander."

But just how much pride? Because the Tall Blacks just don't seem to rate for Adams.

Oklahoma City Thunder did put a lot of pressure on him not to play for New Zealand, for fear of their investment being injured.

That pressure will only intensify now that the NBA franchise is building a team around the 2.13m centre and paying him $35m a year in the process.

Adams makes much of being a Kiwi and gives plenty of public support for New Zealand sports teams and his sister - and champion shot putter - Val.

Other top flight NBA stars are more than ready to play for their country - Tony Parker at San Antonio played for France and former OKC teammate Kevin Durant turned out for the United States.

And as far as the basketball fraternity in New Zealand goes, there is a feeling that Adams has a debt to pay. 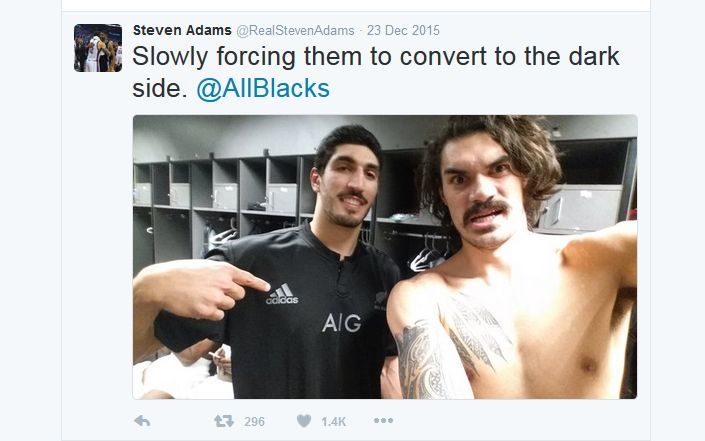 Basketball has given Adams a life he could only dream of as a youngster and until he plays for the Tall Blacks that debt will not be re-paid.

For the purists, international basketball remains the pinnacle, not the NBA.

Insurance issues arise if Adams were to play for the Tall Blacks and, on his new deal, Basketball NZ would struggle to stump up with the premium required to cover Adams while he was on international duty.

Australian NBA players previously have paid their own insurance policies so that they can turn out for the Boomers.

The validity of that view can be debated, but Adams' stance could also be influenced by the difficult relationship his manager, Kenny McFadden, has had with Basketball New Zealand.

A few years ago McFadden was dropped from the national coaching programme and things have been frosty since.

Adams certainly gives back to the community.

His Steven Adams Camps in Auckland, Tauranga and Wellington provide an opportunity for young players to train alongside him.

His time at these camps is at no charge, with all profits going directly back to youth development, education initiatives and basketball development.

Adams is also keen to promote his 'Kiwi-ness' on social media.

His wardrobe has several All Black jerseys in it - it's just shame there's no Tall Black singlet and seemingly never will be. 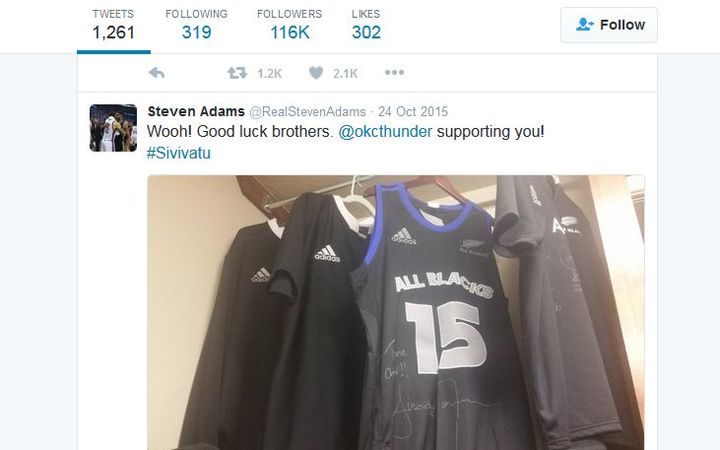 Basketball New Zealand has expressed hope he might be able to play for the Tall Blacks, should they make it to the 2019 World Cup.

Hope springs eternal, despite all the evidence to the contrary.