The 23-year-old basketballer yesterday put pen to paper to stay on with his NBA team, the Oklahoma City Thunder, for another four years. 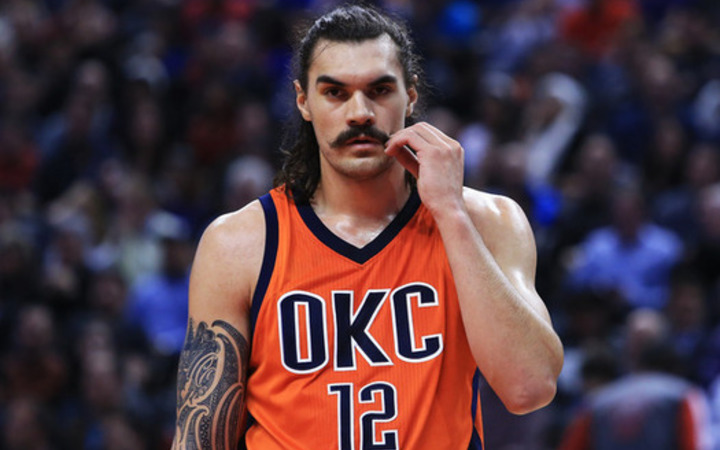 Steven Adams has bought himself a new phone. "Quite a nice phone" in fact. Photo: Supplied

However Adams revealed the final days of negotiation were stressful, for his agent in particular, after he dropped his cellphone in an ice-bath.

"I dropped my phone in the cold tub and it didn't work for like the past three days and stuff (contract negotiations) was going on.

"My agent was trying to contact me and I was like 'I can't, I'm sorry, I just don't have a phone' so that was my purchase yesterday.

Meanwhile Adams' childhood mentor Kenny McFadden believes the seven-foot centre has the potential to play in the NBA for 20 years.

McFadden said Adams could play for as long as the likes of former San Antonio Spurs centre and five time NBA champion Tim Duncan, who retired from the NBA last season after 19 years in the game.

McFadden said Adams and the Thunder have the ability to win the championship this season, event without Kevin Durant, if they can get the team chemistry right early.