New Zealand horse Who Shot Thebarman is getting plenty of backing from local punters for this afternoon's running of the Melbourne Cup. 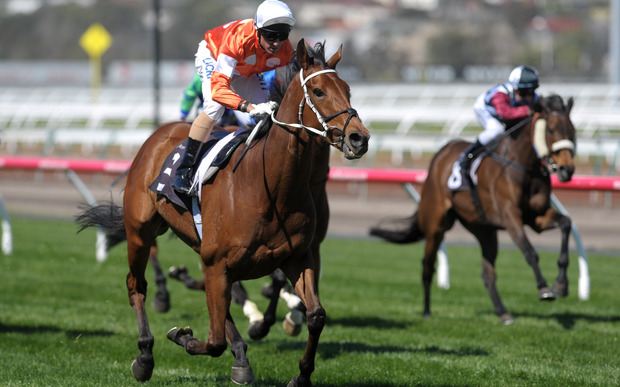 The eight-year-old gelding is the leading New Zealand contender for the $6.4 million race.

Check back to rnz.co.nz for results and reaction after 5pm.

Kiwi punters traditionally back the local hopes, and this year they're led by Who Shot Thebarman, who came third in the Melbourne Cup two years ago after winning the Auckland Cup.

The horse is owned by the O'Leary brothers and trained by expatriate New Zealander Chris Waller.

Pentathlon and Rose of Virginia are the other New-Zealand-bred runners.

Pentathlon is the only New Zealand trained, bred and owned starter in this year's Cup.

The gelding is being trained by New Zealand training legend John Wheeler from New Plymouth. It has been 20 years since Wheeler saddled up a runner in the great race. He will be ridden by New Zealand jockey Mark Du Plessis.

Rose of Virginia finished second in the Auckland Cup in March.

There is just one Australian-bred horse in the race, Jameka, with the 3200m event becoming increasingly internationalised in recent years.

British gelding Hartnell is the favourite and will jump from barrier 12, alongside fellow runner Godolphin and second favourite Oceanographer.

Hartnell trainer John O'Shea said he would rely on New Zealand jockey James McDonald to assess the race and what tactics would be needed.

Hartnell only finished 15th last year, but won the Turnbull Stakes at Flemington last month, before finishing runner-up in the Cox Plate.

No New Zealand jockey has won the cup since Jimmy Cassidy on Might and Power in 1997, but McDonald has a top chance today as he's riding the favourite.

The Melbourne Cup is the richest prize in Australian sport, and the world's richest handicap race run over 3200m.

It's the biggest day of the year for the New Zealand TAB, which is expecting about $10.5m in turnover before the race starts at 5pm.

It said, about midday, that 15 percent of total turnover so far was on Who Shot Thebarman, with seven percent on Pentathlon and 10 percent on Big Orange.

Some showers are forecast for Melbourne. 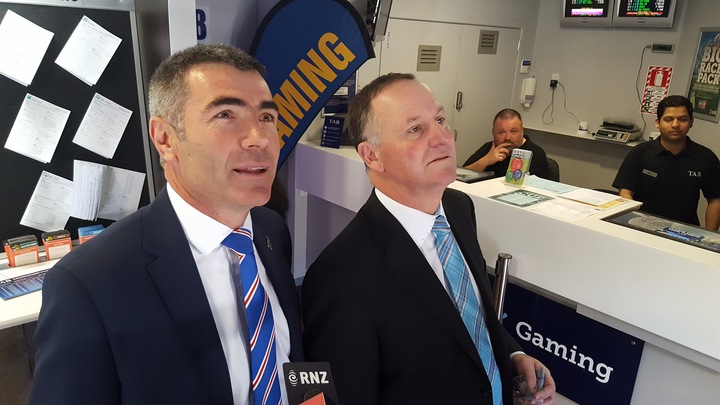 Prime Minister John Key placed his bets for the Melbourne Cup, betting $10 and $40 on Big Orange, Oceanographer, and Wicklow Brave as his favourites to win or place in the contest.

Minister for Primary Industries Nathan Guy, who accompanied Mr Key to the TAB, said his trifecta was Hartnell, Big Orange, and Oceanographer.

Hartnell was picked because of the Kiwi connection, and Mr Guy said all his picks "should be in the top three or four".

Wearing the tie and shirt from election night as "a good omen", Mr Key said, even if he won, he wasn't likely to see any of the money.

"Every year I've won, I haven't seen a single cent of any dollar I've invested in this place," he said.

"Even when I win, people in the office take it and shout morning tea for everyone.

"I may as well kiss the money goodbye now - I'm never going to get it back."