The Kiwis rugby league coach David Kidwell has stuck with the same 17 that suffered a heavy loss to Australia in Perth two weeks ago for this weekend's opening clash of the Four Nations against England in Huddersfield. 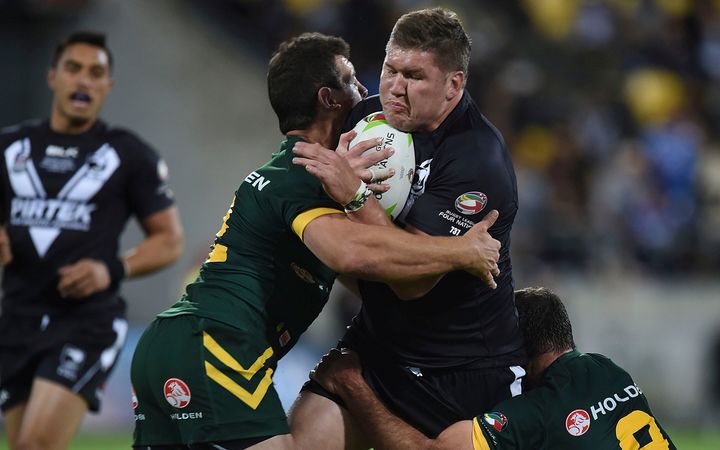 Forward Greg Eastwood is the only change to the 19-man squad named to face the home nation, replacing Canberra back rower Joseph Tapine.

"It's no secret this game is going to be won up front," says Kidwell. "Both teams have strong forward packs and we need our middle men to lead the way."

Kidwell and his coaching staff have put the full squad through their paces since arriving in England last Thursday.

"I'm really happy with how the boys have trained. We understand the challenge that's ahead of us and we need to be at our best," he says.

"In Perth, a lot of our guys hadn't played for a long period of time. The result wasn't what we wanted, but all the players were better off for the run and we will look to build from that."

The test will be played in front of a sold-out stadium at 2.30am Sunday (NZ time).

The full NZ Kiwis team is: