The Phoenix were undone by a last gasp goal as they fell to a 1-0 loss to Sydney FC in their A-League football clash in Wellington. 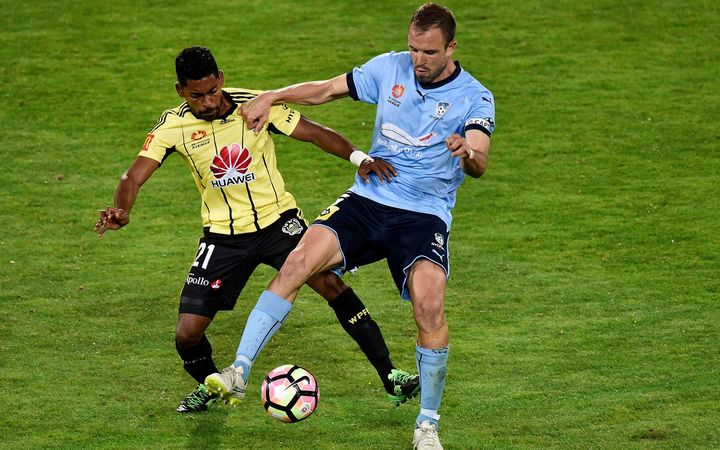 Sydney snatched the win with a 92nd minute goal from Milos Ninkovic at Westpac Stadium.

The Phoenix, who've lost all three of their games so far and haven't scored a goal in 270 minutes this season, were again punished for their inability to convert their chances.

However, they looked to have done enough to earn a point until Ninkovic slotted home Matt Simon's header with barely a minute of added time remaining.

With earlier 4-0 wins over Western Sydney Wanderers and Central Coast Mariners, Sydney are the only unbeaten team after three rounds, and top the A-League ladder two points clear of second-placed Perth Glory.

The Phoenix remain rooted to the bottom of the standings in 10th and last place, without any points to their name.

"I think it was looking like a draw, so we snatched a victory at the end. For me, it was a fantastic effort by our boys.

"I think we showed our fitness was very high - especially the second half, we ran over the top of them and I thought there was only one team that looked like winning." 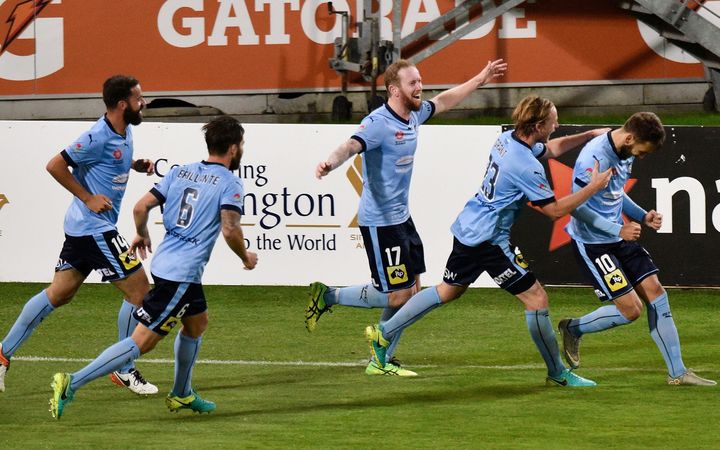 Sydney celebrate their last-minute goal against the Wellington Phoenix during the match in Wellington. Photo: Photosport

"We were in the box that many times, good quality build-up play. I thought it was the best football we've played this year easily," he said.

"To not finish when we had so many chances, and two offside calls which weren't offside... it was really tough to take."

The second came three minutes before halftime, when Roy Krishna found the back of the net off a well-weighted Barbarouses through ball.

Jones again raised the offside flag, but the Fijian striker was unlucky after looking to have timed his run perfectly.

Sydney looked at their most dangerous on the counterattack.

David Carney broke through in the 33rd minute and unleashed a powerful left- footed drive which forced a superb reflex save from Wellington keeper Glen Moss.

The Phoenix continued to manufacture plenty of solid opportunities in the second spell, but still couldn't convert and Sydney clawed their way back into the match with a stinging series of attacks.

Carney looked to have nailed the winner in the 78th minute, finding space down the left then cutting inside young Phoenix right back Jacob Tratt only to curl his shot wide of the far post.

The offside flag again halted Barbarouses in the 84th minute when he was through one-on-one with Sydney keeper Danny Vukovic, before Ninkovic scored the winner eight minutes later