The New Zealand athlete Zane Robertson has won the a 10km road race in Germany, breaking the National and Oceania records in the process. 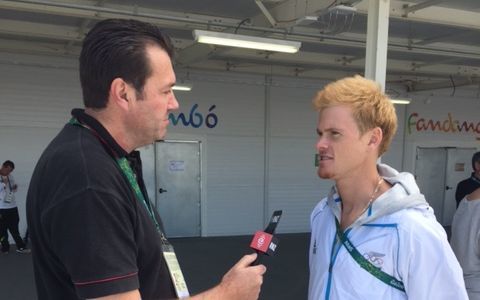 Robertson, who is based in Ethiopia, won the Great 10km Berlin race.

He took 36 seconds off his own national record and 26 seconds off the Oceania record, to finish in 27 minutes 28 seconds.

The 26 year old, originally from Hamilton, also set the fastest 10km road time in the world for 2016 and the fourth fastest ever by a non-African.

The previous national road record was 28:04, set by Jonathan Wyatt and Robertson in Japan at the Ekiden Relays.

The previous Oceania record holder at 27:54 was Australia's Craig Mottram.

He opened up a big lead in the second half to beat Awet Habte from Eritea by 50 seconds.

Robertson has been in strong form this year, finishing 12th in the 10,000m track race at the Rio Olympics, breaking Dick Quax's 39 year old national track record by eight seconds.