The All Blacks and Chiefs first five Aaron Cruden has been linked with a move to France. 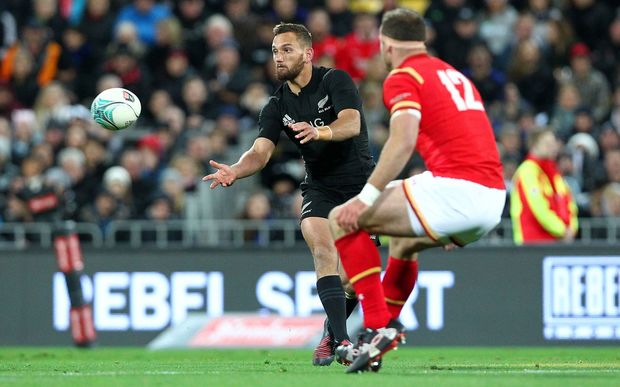 Aaron Cruden in the All Blacks match against Wales in Wellington. Photo: Photosport NZ

The French rugby newspaper Midi-Olympique is reporting that a possible salary of $1.2 million dollars a season has been offered to play for Montpellier in the Top 14 competition.

The 27-year-old is viewed as a possible replacement for Demetri Catrakilis who is set to return to South Africa at the end of the current season.

Despite starting at No.10 for the All Blacks this year, Cruden has been usurped by Beauden Barrett in recent games.

Another report says Cruden is already negotiating with Montpellier, who will be coached by fellow New Zealander Vern Cotter from next season.

Cruden is contracted to New Zealand Rugby until the end of 2017.

Meanwhile, reports in the British media this week have also linked him with Premiership clubs Harlequins and Worcester.

The Rugby Paper reports that Cruden's representatives have made enquiries to a number of Premiership clubs, but he "will only consider making a move if his £700,000 (NZ$1.25m) wage demands are met".