Argentina will try to pace themselves looking to finish with more stamina in their quest for a first win over New Zealand in their Rugby Championship test at Velez Sarsfield on Sunday.

The Pumas took more points off the All Blacks than in any previous clash when they scored 22 and were equal to their opponents for nearly three quarters of their previous clash in Hamilton three weeks ago. 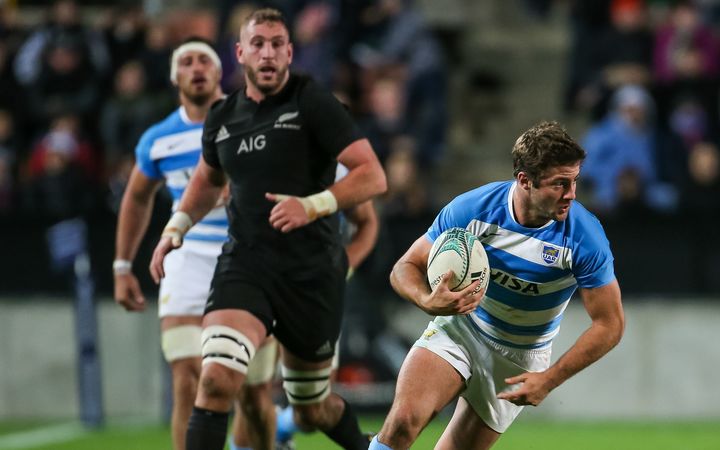 Pumas winger Santiago Coredero in action against the All Blacks in Hamilton. Photo: Photosport

They were let down, however, by their failure to stay the pace for 80 minutes and lost 57-22, but hope to have learned some lessons as they look to end a run of 22 losses and a draw against the All Blacks.

"We've got to be intelligent and not exhaust ourselves so much.

"In the heat of the match, playing well, going through phases, (doing) off-loads from the ground, sometimes you overdo things and that's not smart. Those are the bad decisions we're making."

The players are also well aware that in their two matches on the road in Australasia, including a 36-20 loss to Australia, Argentina's usually strong defence was poor, shipping 13 tries. 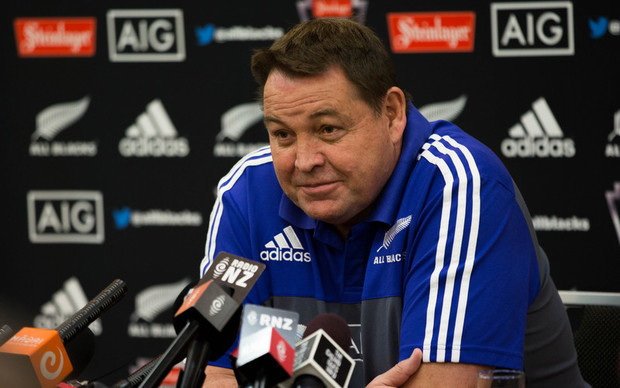 The All Blacks coach Steve Hansen, whose team beat South Africa 41-13 in Christchurch to clinch the title two weeks ago, is expecting his team to face the usual passionate support the Pumas enjoy at home.

While his team have already sealed the title, Hansen is looking to consolidate depth in his squad while maintaining their winning momentum and made four changes to the starting side, and nine in total.

"This weekend presents a massive challenge for us," he said.

"Argentina are a very good team. ...They put us under real pressure at times during the test in Hamilton and we've worked really hard this week to prepare for what we expect to be coming."

It will be the teams' seventh clash in the Argentine capital which is where the Pumas have come closest to beating the All Blacks, notably a 21-21 draw in 1985.

"I think that little by little the gaps are shortening," said winger Santiago Cordero, who scored Argentina's early try in Hamilton.

"We'd never beaten South Africa and we did it twice in a year," he said. "In any case, we know it will be hard and I fear the same could happen as in the last matches, playing 60 minutes and then dropping our arms.