An emotional and apologetic Sam Allardyce said an error of judgement had led to his shock exit as England manager following a newspaper sting. 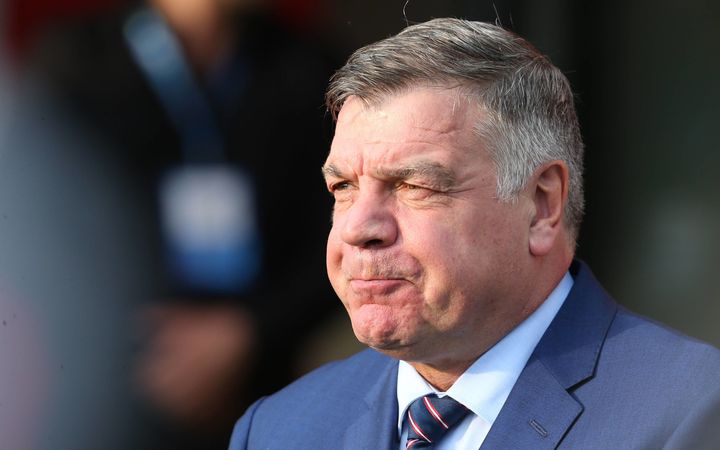 The 61-year-old was compelled to leave yesterday for seeking a lucrative sideline role while talking to undercover reporters from Britain's Daily Telegraph.

The paper said it had hundreds of pages of transcripts from the meeting in which Allardyce was negotiating a deal worth 700 thousand dollars to represent a Far East firm seeking advice on the transfer market.

Allardyce said it had been a "silly thing" to do but he had been trying to help out someone he had known for 30 years.

"Unfortunately it was an error in judgement on my behalf. I have paid the consequences," a clearly emotional Allardyce told reporters outside his home in northern England.

"Entrapment has won on this occasion and I have to accept that. I've apologised to (the Football Association) and all concerned."

Earlier he issued a statement in which he offered a "wholehearted apology" to the Football Association (FA) for embarrassing the governing body.

"It was a great honour for me to be appointed back in July and I am deeply disappointed at this outcome," Allardyce, who replaced Roy Hodgson after England's dismal Euro 2016 campaign.

The former centre half who built his managerial reputation by getting the best out of unfashionable or struggling clubs met FA chairman Greg Clarke and chief executive Martin Glenn and offered a "sincere and wholehearted apology" for his actions.

"Although it was made clear during the recorded conversations that any proposed arrangements would need the FA's full approval, I recognise I made some comments which have caused embarrassment," he said in his statement.

"...I was asked to clarify what I said and the context in which the conversations took place. I have co-operated fully in this regard.

"I also regret my comments with regard to other individuals," he added.

Allardyce won his only game in charge of England, a World Cup qualifier in Slovakia earlier this month, by 1-0. He will be replaced by under-21 coach Gareth Southgate for the next four matches as the FA searches for a successor.

He told reporters he could say no more about the sacking as he had a confidentiality agreement with the FA and was going abroad.

"I'm going to go away and reflect on it. I'd like to wish all the England lads, Gareth, and the staff all the very best," he said.

When asked if this was his last football job, he replied: "Who knows. We'll wait and see."