Winger Chris Ashton's England rugby career was hanging by a thread after he was handed a 13-week ban for biting an opponent. 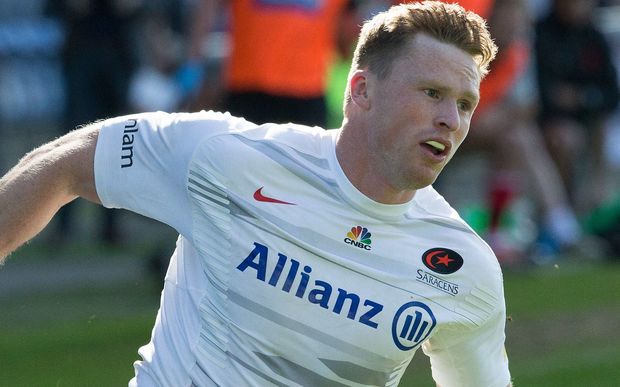 Chris Ashton runs in a try for Saracens. Photo: PHOTOSPORT

The 29-year-old Saracens back, who has played 39 tests, was found guilty of biting Northampton prop Alex Waller in one of two incidents within the space of a minute during a Premiership match at the weekend. The second charge was dismissed.

"Having considered detailed evidence the panel concluded that during the course of a ruck Chris Ashton bit the arm of Alex Waller at a time that Mr Waller was attempting to clear him out," disciplinary panel chairman Philip Evans said in a statement.

"The panel concluded it was a low-end entry point aggravated by his previous record."

He is free to play again from December 19th, the panel said.

Ashton's hopes of earning a recall to the England squad for this year's Six Nations ended when he was handed a 10-week suspension for making contact with the eye of Ulster centre Luke Marshall during a Champions Cup match in January.

The former rugby league player, who has scored 19 tries for England, has not represented his country since 2014 and missed out on Eddie Jones's 45-man elite player squad that was named last month.