Test rugby's most potent sibling partnership will start together for the All Blacks for the first time this weekend. 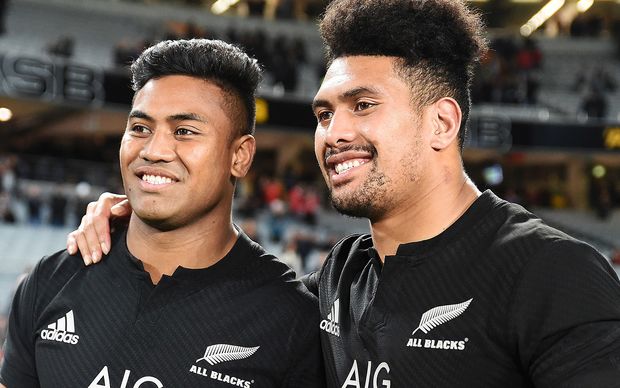 After five impressive bench appearances, dynamic flanker Ardie Savea is in the run-on side to face South Africa in Christchurch on Saturday, replacing the injured Sam Cane.

It is the only starting change from the side who roared away late to a 57-22 win over Argentina in Hamilton last week, extending the unbeaten All Blacks' lead in the Rugby Championship.

Openside flanker Cane suffered a hamstring injury which will sideline him for at least a month, opening the door for 22-year-old Savea to show his prowess from the opening whistle.

He will do it alongside brother Julian, the 46-Test, 42-try winger who is four years his senior.

With Julian returning to his best form in a patchy season, the Savea brothers represent a twin ball-carrying threat which is the envy of other international teams.

They became the 44th set of All Blacks siblings in the first Test against Wales in June but this week will join just nine others in starting a Test together.

Ardie Savea has been earmarked for higher honours since starring at schoolboy level and touring with the 2013 All Blacks to Europe as a non-playing "apprentice".

He has made a late impact in all five Tests but coach Steve Hansen said a starting role would test the mettle of the Hurricanes dynamo.

Hansen said the flanker is relatively light for Test forward at 102kg and will probably need to beef up to become more effective, especially on defence.

His promotion creates room on the reserves bench for three-Test flanker Matt Todd, called into the squad when Cane was diagnosed.

Hansen has rarely altered his squad through the Rugby Championship and says he expects a fierce challenge from a Springboks side coming off two losses on the road.

"With South Africa having their backs to the wall, we know nothing but our best will be good enough. Accuracy with intensity will be paramount," he said.

"Whilst we have been reasonably happy with our three games to date in the Rugby Championship, we are always striving for improvement."