The Melbourne Storm are into the National Rugby League preliminary finals for the second-straight year, beating North Queensland 16-10 in an arm wrestle. 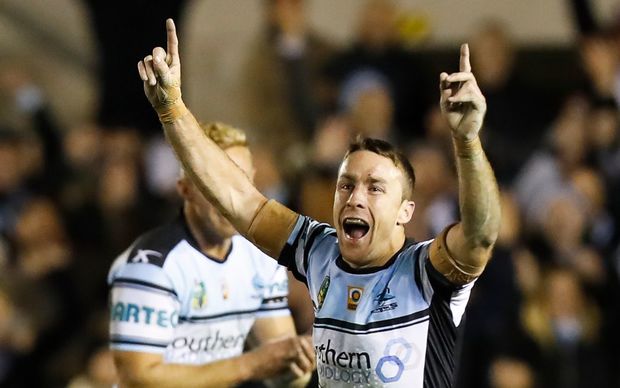 Once again the Storm have a break heading into the grand-final qualifiers, while the Cowboys will host Brisbane in Townsville on Friday.

Last year, the Cowboys lost to the Broncos in week one of the finals before meeting them again in the decider three weeks later, and Saturday's first-versus-fourth showdown had a similar 'grand final preview' vibe.

Meanwhile a 76th-minute penalty goal has sent Cronulla into the preliminary finals after a thrilling 16-14 win over the Canberra Raiders.

The Sharks did not lead the qualifying final until the dying minutes, when Elliott Whitehead was penalised for a high shot on Sharks full-back Ben Barba, allowing five-eighth James Maloney to slot a game-winning goal.

Their quest for a maiden premiership now moves to Sydney for their preliminary final after an incredibly gutsy win in Canberra.

The Raiders play the winner of today's game between Penrith and Canterbury.