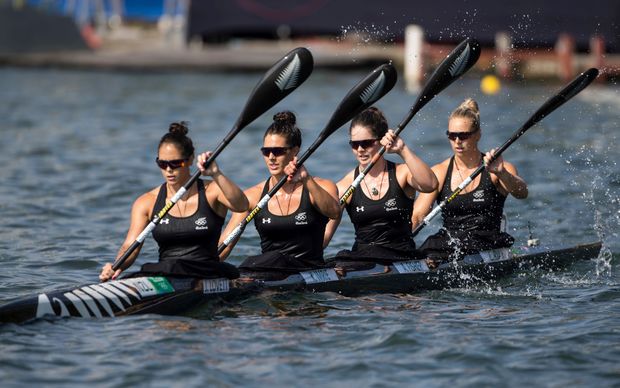 Hungary took the gold medal, while Germany was second.

The NZ team won their semi-final with ease and posted the second fastest time overall heading into tonight's final, just six hundredths of a second behind the Germans.

The quartet had previously won gold at the World Cup in Portugal and made the finals at the world championships in Milan.

In other events in Rio, Andrea Hewitt was the best of the New Zealanders in the womens triathlon in seventh place, while Nicky Samuels was 13th.