The Southern Steel will travel to Brisbane to play the Queensland Firebirds in this weekend's trans-Tasman netball championship semi-finals, while the Waikato Bay of Plenty Magic will host the NSW Swifts. 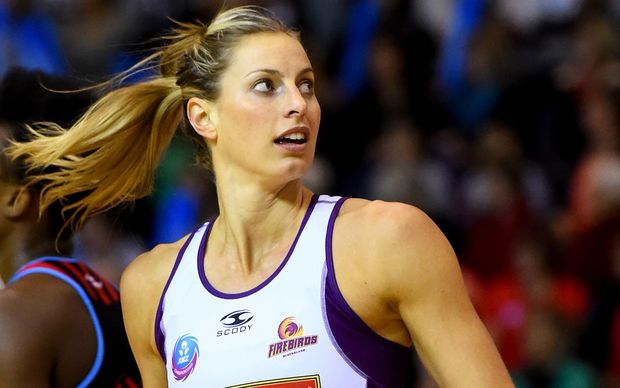 The Firebirds booked a home semi-final after a 63-52 victory over the Swifts in last night's Australian Conference final in Brisbane.

The 11-goal victory kept the Firebirds' undefeated home record against the Swifts intact and also ensured they'll host this year's final should they beat the Steel this weekend.

Standing in the way of a fourth consecutive grand final appearance for the Firebirds will be the Steel, while the Swifts face New Zealand Conference champions the Magic in the second semi-final.

The contest began at an exhilarating pace as the Swifts gained early ascendancy until the Firebirds clicked into gear with Romelda Aiken at her dominant best finishing with 49 goals.

"I felt that was a really great game and both teams went at it all the way to the end," Aiken said.

"We stayed composed as much as we could because we knew they'd come out really hard and the Swifts are a team where you can't take your foot off the pedal.

"There's still room for improvement and we'll definitely need to make the adjustments for the next game."

There was no love lost between both sides as the raucous Brisbane Entertainment Centre crowd spurred the hosts towards a four-point lead at the first change.

Queensland consolidated their lead in the second stanza with goal attack Gretel Tippett landing a series of spectacular long range baskets that saw the defending champions hold a 32-27 halftime lead.

The Swifts injected fresh legs from the bench after the main break with wing defence Abbey McCulloch and wing attack Stephanie Wood joining the fray to add extra starch to the flanks.

The changes failed to make an indent on the scoreboard with Tippett and centre Kim Ravaillion continuing to feed the Gilbert into the reliable hands of Aiken to open up a 10-point three-quarter time lead.

Swifts coach Rob Wright made wholesale changes in the fourth quarter but they failed to make any impact as the unrelenting Firebirds stamped their authority to ice their double digit victory.

The first semi-final between the Firebirds and Steel is on Sunday afternoon.

The second semi-final between the Magic and the Swifts is in Hamilton on Monday night.