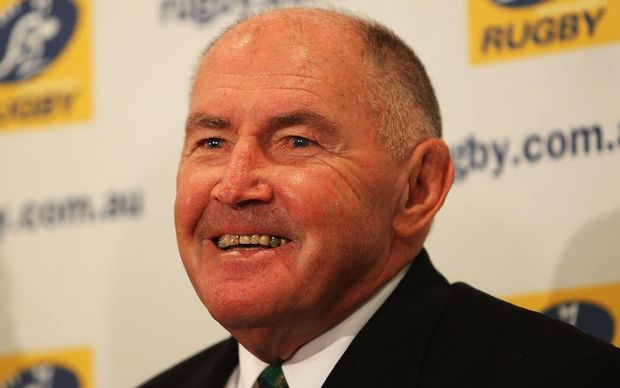 The Australian Rugby Union (ARU) said Johnson had died at his home in Sydney on Tuesday.

The former hooker was 78.

Johnson played 42 tests for the Wallabies from 1959-71, including five as captain, though he played 92 games in total for the national team and went on eight overseas tours.

He made his Wallabies debut on their 1958 tour of New Zealand and played five of the 13 matches but did not make his first test appearance until the next year against the British and Irish Lions.

Johnson played his final test in 1971 against France, where for the first time in his test career he was replaced through injury.

He retired from all rugby later that year aged 34, and at the time was the highest capped Australian player of all time.

"Peter's test career spanned well over a decade in the period of amateur rugby, highlighting his ability and dedication to the gold jersey," former Wallabies loose forward Stephen Hoiles said.

"This is a terribly sad day for Australian rugby and the rugby community will pause to reflect on what was a remarkable career and life of a great Australian.

"Rugby has lost one of its greats."