The run of Marina Erakovic has come to an end as the 28-year-old was beaten by 12th seed Carla Suarez Navarro of Spain in the third round of Wimbledon. 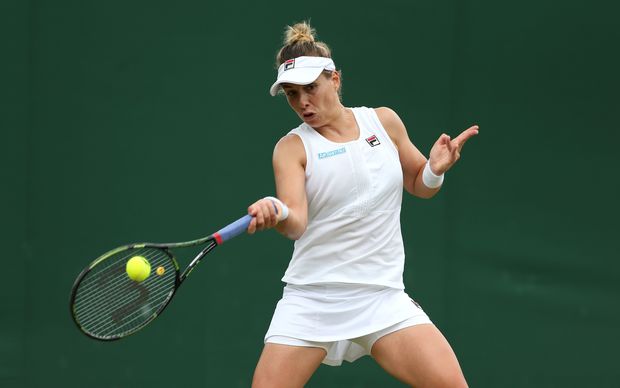 Erakovic, ranked at 149 in the world entering the tournament, had won three rounds of qualifying followed by a first round victory over American Irina Falconi.

In the second round she defeated former world number one Jelena Jankovic, however Suarez Navarro was a different prospect.

She was able to capitalise on the Kiwi's serve percentage dropping away from the previous day and was successful with six out of 12 break point opportunities.

Despite the loss it is likely Erakovic will see her ranking improve to around 110 after five consecutive wins against quality opposition.

It was the third time Erakovic had reached the third round of Wimbledon following similar efforts in 2008 and 2013.

Meanwhile, Serena Williams composed herself after a first-set loss and a burst of anger to vanquish tenacious fellow American Christina McHale 6-7(7) 6-2 6-4 in a nail-biting second-round match. 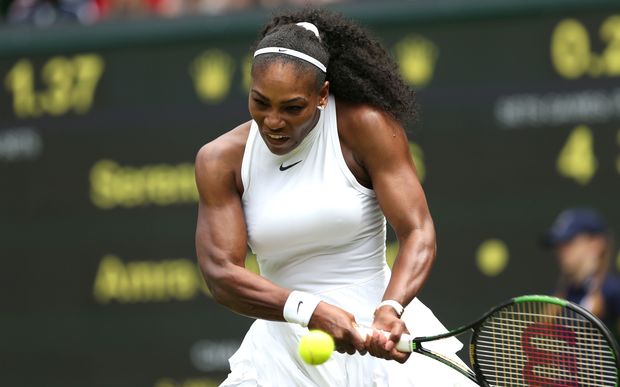 The defending champion finally ran out a winner against the world number 65, marching on in her quest to emulate Steffi Graf's Open era record of 22 grand slam singles titles.

Williams thought she had won the first set and was walking back to her chair after a McHale forehand was called long with the world number one 5-4 and 40-30 up. To her chagrin, however, a Hawkeye challenge showed the ball brushing the baseline.

McHale went on to win the game and force a tiebreak in which a rattled Williams made a string of errors, including two double faults, before burying a forehand into the net to lose the set.

Furious as she sat down, she hammered her racket into the ground in frustration before hurling it behind her.

But the 34-year-old put the disappointment behind her and showed the battling form that has won her six Wimbledon crowns to take the next two sets, closing out the two-and-a-half hour match with three aces.