The New Zealand women's basketball team has failed to qualify for the Rio Olympics after suffering their second loss at the final qualifying tournament in France. 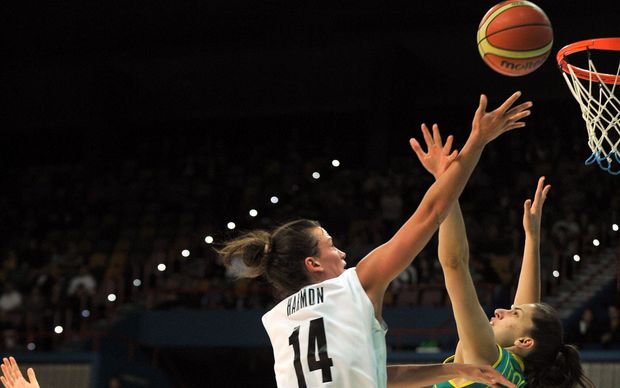 After their loss to France yesterday, the Tall Ferns needed to beat Cuba, but were beaten 64-62 and therefore failed to make the quarter-finals.

The scores were tied 62 apiece when a rebounding foul was called on Micaela Cocks sending Cuban captain Cepeda to the foul line to make the winning free throws with just 1.2 seconds left on the clock.

New Zealand coach Kennedy Kereama felt it was a harsh way to lose, "It's not a nice way to lose a game on a foul shooting situation when both teams are in the bonus. For us it's a tough way to go. At the end of the day there had to be a winner and a loser and unfortunately we were on the wrong end of the result."

Forward Jillian Harmon gave a herculean performance recording 25 points (9/17FG) and 14 rebounds. She scored 21 points in the second half as the Tall Ferns fought back from a 48-39 three-quarter time deficit.

Kalani Purcell and Micaela Cocks scored 9 points each, Toni Edmondson had 8 but collectively the three only shot 7 from 24 on the night.

Kereama lamented his team's slow start to the game.

"It is totally disappointing not to come away with a win. It's pretty obvious to those that watched the game we were severely flat to start the game, we lacked energy. We invested a lot of emotional energy in the game the night before (against France) and had a very short turn around and recovery. We did everything we could to be ready to play but unfortunately it took us some time to get going. Once we managed to get going I feel like we ran out of time."

Jillian Harmon was equally disappointed, "I agree with coach I thought we were pretty flat at the start as I think we had about 15 hours to turn around from last night's game. We did really well to stay in it but we just ran out of time."

The top five teams from the 12 team tournament qualify for Rio.